Let's just start out with this remarkable revelation about our history from a county Trump chairman from Ohio:

“I don’t think there was any racism until Obama got elected. We never had problems like this ... Now, with the people with the guns, and shooting up neighborhoods, and not being responsible citizens, that’s a big change, and I think that’s the philosophy that Obama has perpetuated on America.”


Before Obama, it was all about inviting black people to our picnics. 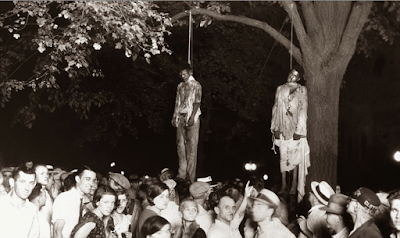 And let's not leave this prediction of the future out:

Omirosa Manigault, Trump's "Director of African American Outreach":  “Every critic, every detractor, will have to bow down to President Trump. It’s everyone who’s ever doubted Donald, who ever disagreed, who ever challenged him. It is the ultimate revenge to become the most powerful man in the universe.” 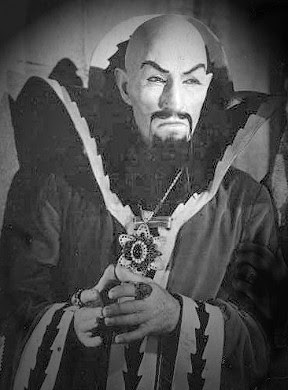 Just the way every critic, everyone who challenged Obama had to bow down to him after he was elected.  Hey, both sides get treated the same, right?

And now, how about a through-the-looking-glass view of the media:

Kurt Schlichter, Town Hall:  "Let’s savor their pain. Imagine yourself coming out of some university where you were reliably liberal and sucked-up to your pinko professors. You nodded eagerly whenever anyone said “global warming,” and you shook your head in horror whenever someone said “Men can’t have babies.” You got a job at some prominent newspaper or mainstream network, dutifully parroting the party line with perfect precision, awaiting the day when you would finally reach a level of power where you could not merely lie about and distort the news, but to actually control the news.


Then, just when you thought you were going to become a Lord of the Fourth Estate, you idiots completely overplayed your hand right when technology gave people an alternative to your old school media monopoly. You pushed us past the point of toleration just as the web created other places for us to go. And now, look at you. You’re nothing. Just a bunch of pompous, boring, nobodies without reputations, without respect, without futures."

And, not scared enough today?


The summer of 1914 in Europe also seemed quiet...In the summer of 1939, most observers thought Adolf Hitler was finally through with his serial bullying.


Wars often seem to come out of nowhere"


If you are ignorant about world history, that is.  If you know something about history, you know that wars come out of somewhere, like the general toleration of the rise of a xenophobic, racist hate cult in Germany, led by a lying, violent bully, in the twenties and thirties.  Get my point?


When I clicked on this link, here is what I got:


Maybe Derek is right.  And while we are on the subject of "dead,"


Don't harsh their mellow, guy.  They think he'll be back any day now, probably with Jesus driving his car.

Matt Vespa, Town Hall:  "Tulsa: Officer Shot An Unarmed Black Man When He Reportedly Reached Inside His Car, There’s A Reason For That"


Yeah, but not the one you are about to blab on about for eight hundred words.  The real reson only takes one word,and it starts with "r."  Get it?


BLM thugs- see, it had nothing to do with an innocent black man being gunned down by a white police officer without a shred of an excuse.  No, it's all about black thugs.  Of course.


Why, the answer is obvious!  Just throw every person that we might be afraid of in prison for life, at least if they are not white.  See, problem solved!

And of course, a couple of stories about the Charlotte police murderer by a guy who knows how to lie with the best of them:


Funny, you aren't seeing these two stories anywhere else than the right wing media, where they are being repeated ad infinitum as absolute truth.

And how about a way to spend a few minutes you'll never get back?


No thanks, we'll pass on that one.  Lucky too, because it's time to ramp up the fear a little more:


Clear and present evil.  That would be Obama, of course.  Who else could she be talking about?

"Dictatorships and Oligarchies begin and are firmly installed when the people refuse to believe their eyes and ears and stop using their minds. "


And then follows it up with this:

" As Donald J. Trump has said more than once about voting for him..."What have you got to lose?" From my vantage point, there is nothing to lose and much to gain by allowing Mr. Trump to become President of the United States of America Donald J. Trump. If we don't elect him? Think Hunger Games...or a great deal worse."


Way to prove your point, Sher.

And in case you are pining for the important news today:

World Net Daily:  "Woman: I got a fried rat head in Popeye's chicken"


God, it will never stop.  Maybe it would be useful if they spent a little more time worrying about the fact that Trump's brain has gone crazy.

"What do YOU think? What’s your take on Hillary’s floating eyeball? Sound off in today’s WND poll" 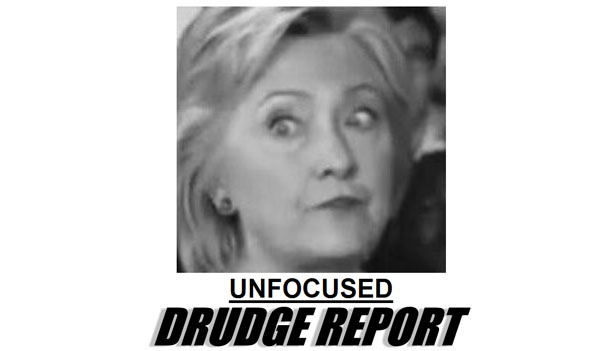 Yeah, what's your expert medical diagnosis based on a photo which turns out to be a photoshop from a Conan O'Brien skit a couple of years ago?

Bruce Walker, American Thinker:  "The Useless Left...If the federal government was reduced to the tiny size needed to perform its constitutional purposes, all the perverse silliness that is leftism in America, taken off Washington life support, would become useful or shrivel into a hollow dead husk"

Daniel John Sobieski, American Thinker:  "Islamist Killers Do Not Have a 'Right' to Be Here...Those who believe that sharia law trumps the Constitution should not be allowed in."


What about those who believe that the Christian Bible trumps the Constitution?  Where do they belong?


Another smear from Trump's people.  The Clinton Foundation spends practically all of its money directly; for example by buying medicine for children around the world, and then hiring people to get it to them.  Only a very small part of its operations are contracted out.  In fact, charity watchdogs state that the Clinton Foundation has among the lowest rates of administrative costs of any major charity.  And Mr. Hayward knows this perfectly well, but since we've been hearing about the Trump "Foundation," which turns out, of course, to be one more self-enriching con job by the Trump family, it's time to trot out this tired lie about Hillary again.

John Hayward, Breitbart:  "John Bolton on Obama’s Internet Handover: ‘Within Ten Years, the Internet as We Know It Will End’


That would be right wing lunatic and former Bush II UN ambassador John Bolton, pictured below: 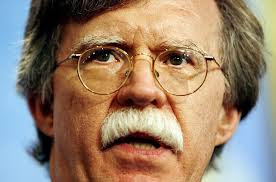 Just my opinion, of course, but I suspect that the odds against a guy with a mustache like that knowing a damned thing about the internet are about a trillion to one.


And as we all know, working to elect Hillary is an anti-American, Communist, Muslim plot, which constitutes clear treason.

Katie Pavlich, Town Hall:  "BREAKING: Top Clinton Aide and Attorney Cheryl Mills Granted Immunity When FBI Wanted to Search Her Computer..."This is beyond explanation. The FBI was handing out immunity agreements like candy,” (Republican anti-Hillary liar Jason)Chaffetz said in a statement. “I've lost confidence in this investigation and I question the genuine effort in which it was carried out. Immunity deals should not be a requirement for cooperating with the FBI."

"During the FBI investigation, a number of questions were raised around a serious conflict of interest presented since Mills served as Clinton's attorney while also serving as a witness in the case."


So Republicans can, apparently, force any attorney to cease representing their clients by simply subpoenaing the attorneys before a bogus Congressional committee.  Notice that nowhere is there a suggestion of anything that Cheryl Mills did that was improper.


No apology for actually believing that, however.


Because that's not doing what you are told to do.  You vote for Republicans to punish everyone.  Except the Koch Brothers and Sheldon Adelson, of course.


Ha.  Knowing what actually happened might "cloud" people's memory.  Could there ever be a better example of Republicans' relation to reality?

Roger Simon, PJ Media:  "Why Trump Will Win: It's the Likability, Stupid!"


Likeability.  Because who do we like more than a smarmy, lying bully, with an insult always on his lips?  But you've got your orders now- Trump is likeable, and you are going to believe it totally, at least until election day.  Then, you can repent at leisure, after you've already voted and the party doesn't need you again for a couple of years.

The sad thing is, Victor Davis Hanson is a military historian who has let his hyper-wingnuttery distort what should be a better-than-average ability to assess current events.

From a perspective local to me:

Our conservatives were 'reassured' in past days by vague promises from the Trump camp that the US will continue to like Australia and not just nuke it to pass the time. That was just something to say to the people here - they actually despise Trump in a diplomatic fashion (i.e. silently)

The opposition leader here, whom I've met socially, and who narrowly lost in becoming prime minister last election, has publically called the Trump "barking mad".
Maybe he should write for the New York Times.

Some of my comments aren't appearing here GE. I didn't think I said anything offensively Right wing...

First of all, I just want to say that I would never delete a comment by you, Magpie. You have long ago earned the right to say whatever you want here, no matter how much I disagree with you (short of dissing John Lee Hooker, or something like that, of course.) I cannot imagine what can have happened. If anyone else has had this happen, please let me know.

I just want to say that Victor Davis Hanson was, at one time, a very respected military historian, but in a process that reminds me of the sad degeneration into madness of Wilhelm Reich, he has become utterly infected with right wing lunacy. Not the first time that something like this has ever happened; I remember the dismay I felt when I discovered in the eighties that Willard Van Orman Quine, the greatest American logician ever, and probably the most intelligent living U.S. Citizen, was a strong supporter of Ronald Reagan. Go figure.