Showing posts from September, 2019
Show all

It's Too Late, They're Gone

September 28, 2019
It's too late, the transcripts are gone Wish we'd had the ones with Putin and Bin Salman, It's too late, they're gone. So we learned one day last week that a whole bunch of records of other Trump conversations, including ones with a number of foreign dictators that he seems to have a crush on, were also put on a top secret server where they had no business being. Well, you would have to be one of the biggest fools in the universe not to know that those messages were gone into the ether by the next morning, erased by some of the world's greatest experts in permanently deleting documents.  Trump, you know, lacks the moral integrity of Nixon (bet you never thought you'd ever hear anything like that, but it's true.)  What's a little evidence destroying to a guy who has committed literally hundreds of instances of intimidating witnesses, suborning perjury, refusing to comply with legal orders, and every other kind of crime to prevent the truth about his
1 comment
Read more 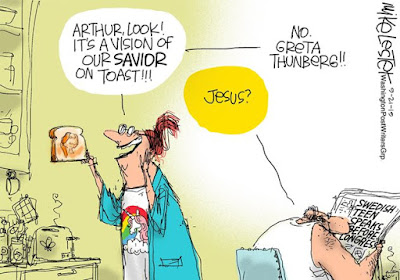 I thought it was time to see how the right wingers are reacting toward the slight change taking place in public attitudes toward their man Donald.  None of their lying smears about Joe Biden included, or we'd be here all night: And I want to start out with a quotation that I found in a standard issue piggish right wing propaganda piece at Renew America: "The people – the people – are the rightful masters of both congresses, and courts – not to overthrow the Constitution, but to overthrow the men who pervert it." Abraham Lincoln" You got that right, buster, I just think you don't quite get what kind of "men who pervert it" Lincoln was talking about. Beth Baumann, Town Hall:  "Oh, Geez: Hillary Clinton Favors Impeachment Proceedings Because It's 'An Emergency'....Or Something" Yeah, or something.  Maybe treason?  And let's just move on to a little Conservative "humor," which in this case means making fun of
4 comments
Read more

Another Aspect of the Trump Ukraine Scandal

September 27, 2019
I want to point out something that occurred to me, which I have not yet heard anyone suggest. I stand by my statement that (obviously) this entire affair is about Putin and helping his aggression against Ukraine, but I believe that there is a secondary purpose here. If you've followed this story at all closely, you heard one really strange thing-that he brought up Hillary's e-mails with the President of Ukraine.  So far, most people have written this off as nothing but Trump being, as usual, unable to give up on destroying anyone that ever opposed him, but there is another aspect.  If he could have forced this guy to falsely accept responsibility for the hacking of the DNC, he would have a perfect excuse to end the sanctions against Russia, and then what happens? TRUMP GETS HIS BILLION DOLLAR HOTEL IN MOSCOW! How could we forget that Trump does not do anything unless it stands to benefit himself financially?  I challenge anyone to tell me that this is not a piece of thi
3 comments
Read more

"Lock Her Up" Isn't Enough Any More 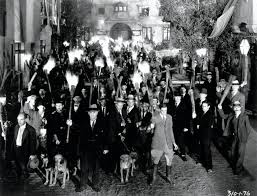 Donald Trump is now effectively calling for Joe Biden to be executed, based on a made-up Republican lie: "New York (CNN)Donald Trump on Monday openly accused former Vice President Joe Biden of being "corrupt" in vague terms and ratcheted up his rhetoric, claiming without proof that if a Republican did what Biden did "they'd be getting the electric chair right now... There is no evidence of wrongdoing by either Joe or Hunter Biden."  At least CNN is reporting this in an appropriate manner, making it clear that Trump is lying while demanding the death of his opponent.  Okay, Nancy, what now, or are you still going to go on hiding under the bed?
1 comment
Read more

September 20, 2019
Today's headline at the moment at the Washington Post site: "Scrutiny over Trump’s Ukraine scandal may also complicate Biden’s campaign" The President is a corrupt liar who used his power to try to induce false charges against his opponent...and who will be hurt?  The Democrats, of course.  Trump's crime is bad for the victim, but no mention of it being the least bit of a problem for Trump himself. It never ends, and this is the reason why Trump will not be defeated in a massive landslide, the likes of which the country has never seen- this is what you can expect in the way of campaign reporting from the mainstream press, and it is only going to get worse, the closer we get to the election.
6 comments
Read more

Missing the Point Once Again

September 20, 2019
I feel called upon to comment on the current Trump  treason  "scandal" because I fear that just about everyone talking about his latest perfidy is missing the real story.  As an example, I want to quote the following, from Daily Kos: "...reaction to the stunning Trump-Ukraine news...So, what is the reaction on Twitter from pundits, elected officials, former U.S. attorneys and more? In short—treason, corruption, bribery, extortion." And I again want to emphasize that I am picking Daily Kos here not to complain about them, but because they are almost always on top of things, and where they go wrong, almost every source of information in the country is bound to be just as wrong if not worse. And here is what is missing from this press coverage:  This whole story is not about Trump and Ukraine, nor is it about Trump and  Biden; it is about Trump and Putin. Here is the deal Trump was trying to force upon Ukraine: Either you help me be re-elected so I can contin
5 comments
Read more

September 11, 2019
Well, here it comes...from the Washington Post today: "Trump officials tour unused FAA facility in California in search for place to relocate homeless people... President Trump is pressing aides to intervene in California's worsening homelessness crisis, but officials haven't made firm decisions as they grapple with legal barriers and logistical problems." "Relocate." I pointed out some time ago that his sending helpless refugee children to concentration camps was just the first step of the Republican plan to desensitize Americans to the notion of throwing people in prisons without charges, and that it would be followed by a continuing series of similar actions in which he would step by step legitimize his right to engage in the most fascist behavior of all.  Well, here is step two: placing Americans who are at the bottom of the economic ladder in concentration camps despite their having committed no crime.  If you know any history of the Nazis at
56 comments
Read more
More posts