Showing posts from August, 2019
Show all

August 30, 2019
From Green Eagle, who is not a lawyer, but he can read: 18 U.S. Code § 2. Principals (a) Whoever commits an offense against the United States or aids, abets, counsels, commands, induces or procures its commission, is punishable as a principal. (b) Whoever willfully causes an act to be done which if directly performed by him or another would be an offense against the United States, is punishable as a principal. Bolding courtesy of Green Eagle. Notice that there is no exception there for "I was just joking."
3 comments
Read more 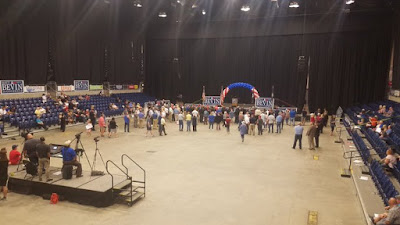 Courtesy of Daily Kos , a photo from a Trump rally today in Kentucky, featuring one of his sons: I don't think I even need to comment on this.
1 comment
Read more 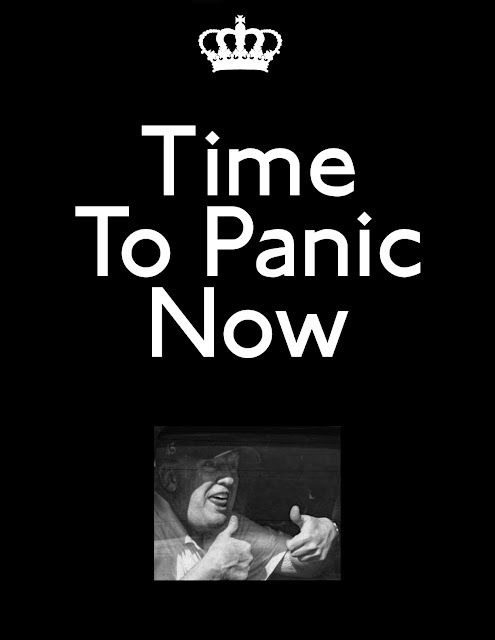 August 26, 2019
Green Eagle does love himself a good conspiracy theory, so here's one of my own, about the recent magnitude 7.1 California earthquake. This idea came to me when I happened to see a right wing video that claimed that the earthquake was actually caused by  reptilians from outer space, to accomplish something I  was never clear about. Anyway, that started me thinking about that earthquake.  It was the biggest earthquake to hit the United States in decades.  What a strange coincidence that it struck right in the middle of one of the largest US military weapons testing centers, huh? Well, here's my conspiracy theory.  Trump is backing out of international treaties against nuclear weapons as fast as he can, the disgusting monster.  I'm suggesting that this was actually an underground nuclear test, conducted at Trump's orders, to send a message to Russia and China.  We know he is hot to use a nuclear weapon, and this would be a good first step. So, here't the thing
33 comments
Read more

I Want to Thank the Russians 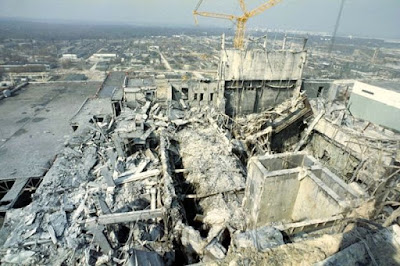 For thoughtfully waiting until after the tremendous world-wide success of the TV show "Chernobyl," before their latest demonstration that they are not competent to possess a slingshot, let alone nuclear weapons. Trump's best buddies demonstrating what competence in government means to them. P.S.- this is a picture of Chernobyl.  We don't have any yet of what happened last week.
4 comments
Read more

Maybe This Means Something 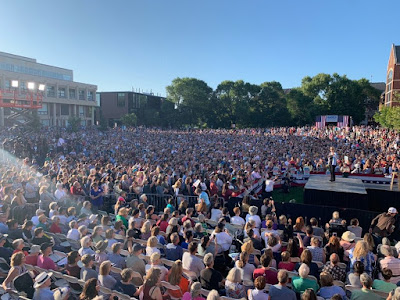 Yesterday, Elizabeth Warren held a town hall: I thought this was an interesting contrast to the town hall held a few days ago by arch-Conservative Republican Steve King: And yeah, the pictures are real.  I don't want to get optimistic, but I sure hope this says something about the levels of enthusiasm on both sides of the political divide.
1 comment
Read more

Hey, It Was All Fake News, I Guess

August 19, 2019
This happened a few days ago, but I think it is such a perfect example of the press collaborating with Republicans to cover up any bad news for them that I want to say a few words about it. First, here is what happened:  A Jewish group held a peaceful demonstration at an ICE concentration camp in Connecticut (yeah, these camps are everywhere.)  I guess most people can understand why Jews feel rather sensitive about concentration camps, but anyway, a prison guard, apparently aping the behavior of Islamic terrorists, deliberately drove his truck into the demonstrators, injuring a couple of them.  Here is a sample of how the press treated this story: Boston Globe:  "R.I. prison worker placed on leave after truck pushes through ICE protesters" "Truck pushes through protestors"- apparently on its own initiative, without any human involvement. Time:  "A Rhode Island correctional officer has been placed on leave after a truck he was allegedly driving rammed
4 comments
Read more

Man, I Don't Know What to Say 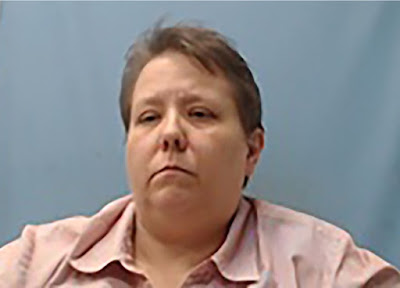 Here is a lady who was arrested in Arkansas, for pulling a gun on four black high school football players who were raising money for their team, and making them lay on the ground under threat of being shot: The police conveniently let her go without taking her mugshot.  Whether this is because her husband is the county jail administrator, or because...well you know-this reminded me of the recent incident of the head of the border patrol who claimed she knew nothing about a racist group under her command, and then turned out to be a member of the group in question. Just wondering if they are sisters or something.
1 comment
Read more

The Guy is Fucking Crazy

August 15, 2019
From the Wall Street Journal: "President Trump made his name on the world’s most famous island. Now he wants to buy the world’s biggest. The idea of the U.S. purchasing Greenland has captured the former real-estate developer’s imagination, according to people familiar with the deliberations..." Is this guy totally insane?  Does he really not have a clue about what national sovereignty means?  Does he think this would be just a real estate deal, and does he have a clue about how much the bill would be, or does he think he could treat a foreign country like his subcontractors, and just take the land and then refuse to pay? And more importantly, what do Republicans tell themselves to be able to go along with this without committing suicide?
6 comments
Read more 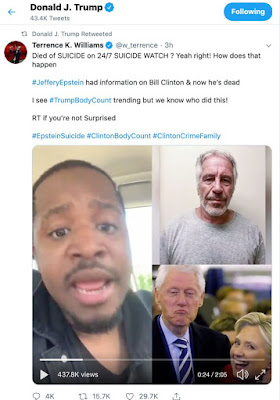 No, not Ice T's band, this... Well, I'm not ready to stop beating up on Trump over the death of Jeffrey Epstein.  So, the day after Epstein met his predictable end, Trump was already online, accusing his old enemies of having killed Epstein.  Here's a sample: I think I need hardly mention at this point that this sudden reaction is a classic tell:  Whenever Trump is guilty of something his first thought is to accuse someone else of the same crime, in an effort to muddy the waters, which almost invariably works thanks to the miserable corruption of the mainstream press.  So I stand by my previous post:  Anyone who is not totally sure that Trump had Epstein murdered has to be brain dead at this point. However, that is not the focus of this post.  The main thing I have brought to the blogging world is my fairly long term knowledge of right wing conspiracy theories, so I would like to shed some light over the "Clinton body count," the subject of Trump'
1 comment
Read more

August 10, 2019
Well, I never bothered to write a post about this because it seemed so obvious to me, but I have firmly believed since Jeffrey Epstein was arrested that he had only a very short time to live. Let's cut to the chase here:  this egomaniacal, evil billionaire has escaped the law over and over again, and there was no reason to believe that he wouldn't do it this time too.  Any person with half a brain knows he was killed, and we know who had him killed. It's a funny country we live in, where Republicans are allowed to spend years and God knows how many tens of millions of dollars spreading the lie that Hillary, and in fact all Democratic leaders, are participants in a gigantic Satanic pedophile sex murder cult, while Democrats are not allowed to make the clearest assertions about Republican treachery without a signed confession witnessed by God and the lord Jesus.  Well, to hell with that attitude, which is just another way of rolling over and playing dead.  We all know tha
4 comments
Read more

Isn't This a Nice Country?

August 03, 2019
The police can't arrest a black guy for selling cigarettes on the street without killing him, but a white supremacist, Trump supporting mass murderer of 20 can be "arrested without incident."
1 comment
Read more
More posts