Showing posts from March, 2022
Show all

March 29, 2022
Kick the crooked bastard out.  After letting him make a mockery of the Supreme Court for thirty years, and participating in endless corrupt Republican court decisions.  I.e. allow him to complete his entire criminal career, and then when he is just about dead, decide to do something about it.  Oh yeah, that'll do the trick.  Then, things will be just fine.  I am, sorry to say, old enough to remember when Clarence Thomas was put on the Supreme Court.  We all knew he was a corrupt party tool at the time, but Republicans correctly calculated that Democrats were too gutless to vote against a black man, however abominable, so there he is.  Along, may I note, with Beer Belly Brett, Samuel Alito, Neil Gorsuch and that Christian lady, who we all knew perfectly well were corrupt tools of the rich, but with whom, one after the other, the Democratic party could not be bothered to put up enough of a fight to deny them the opportunity to destroy our country.  I repeat: we all knew this since t
2 comments
Read more

Signs That Your Negotiating Strategy Is About to Bear Fruit 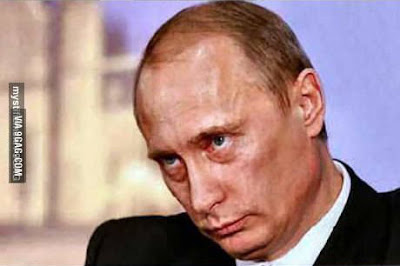 From Huffington Post: " Three Ukrainian peace negotiators showed signs of poisoning after meeting their Russian counterparts earlier this month... Sources   told The Wall Street Journal   that members of the group developed red eyes, constant and painful tearing, and peeling skin on their faces and hands soon after their March 3 meeting. The report was  corroborated by the investigative journalism website Bellingcat , which added that the symptoms subsided over the next week" I would just like to add that, in my opinion, which is, I must admit, based on no specific training in the subject of international diplomacy, poisoning your negotiating partners is not a sign that you have faith in your ability to conclude those negotiations to your satisfaction.  If I'm ever on the winning end of a PVP session of Elden Ring with Vlad, I'm going to turn off my computer and hide under the couch.
Post a Comment
Read more 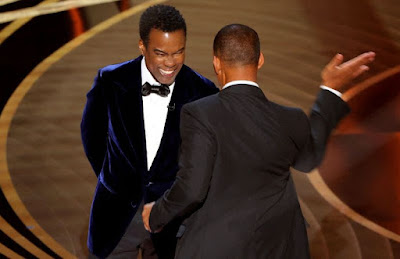 Over Chris Rock's making fun of Will Smith's wife, providing perhaps the greatest moment in the history of the Oscars. Of course, I do not care at all about the most boring show on TV, so I will just use this moment to make the following point:  Just think of the suffering this country might have been spared if that preening, sniveling coward Ted Cruz had punched Donald Trump in the face for calling Cruz's wife ugly on national TV.
3 comments
Read more 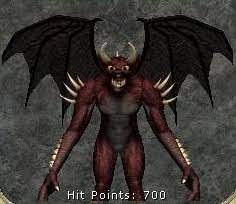 Oh yeah, after several months of boring repetition of the same old Q-Anon garbage, the right is alive again.  This is, of course, because their uber-hero and Godlike strongman, Vlad what-was-his-name has proven to be the paper tiger that all wingnuts thought Biden was.   They never had a problem supporting a corrupt, murderous tyrant, as we all know, but that doesn't extend to supporting a corrupt, murderous loser tyrant, and seeing as how there is not a tyrant in the world that seems ready to step into the shoes that they thought Putin was wearing, they are having to think fast to salvage a world wide crusade that anyone can see has run out of gas before it got out of the driveway (or out of Donbas oblast, anyway.)  And here is (a small part of) the result. I must begin by noting that I have been growing ever more lax about giving proper credit to the cretins who wrote the following.  It is all the product of the same hive mind, so until this guy shows up to fight the battle for
3 comments
Read more

The News Marches On

March 17, 2022
There are just so many wonderful things going on in the world today that Green Eagle cannot resist bringing some of them to your attention.  Here are a few of the great stories we get to live with. and remember that these are largely mainstream press reports, not the degenerate drooling from the right that I usually bring to your attention. "Koch Industries to stay in Russia, says exiting does ‘more harm than good’" More harm than good to whom, exactly?  Koch industries?  Vladimir Putin? "A Japanese patrol has spotted Russian amphibious transport warships passing through Tsugaru Strait" We've seen the spectacle of a Russian naval convoy going around Asia to fight in a war.  That time, in 1905, it was going the other way, but given what we have seen the last two weeks from the Russian military, the result is likely to be the same.  If you are interested in more, I want to recommend episode 121 of the excellent podcast, "Lions Led by Donkeys,"  titled
2 comments
Read more

Headlines Not One Person on Earth Expected to See Today

March 09, 2022
From the Washington Post: "Dow jumps 800 points as oil prices plummet" Hey, I hate to even suggest this, but maybe Joe Biden and co. actually know what they are doing.
Post a Comment
Read more 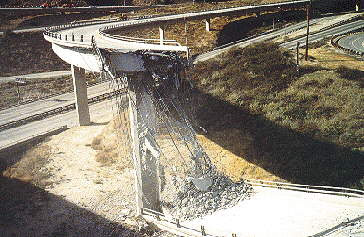 From Daily Kos:   "Ukraine update: We need to locate an off ramp for Putin" Yeah, how about this one?
2 comments
Read more

The Truckers' Convoy Comes To Its Inevitable End

March 07, 2022
Readers of my blog may remember that I have covered quite a number of right wing gatherings over the years, which promised massive turnouts of people enraged at the fact that our government would try to do anything, and which, despite massive free publicity from the corporate press, which could not resist the compulsion to present them as the voice of  True Americans, inevitably turned out to be massive failures, rarely attracting more than a handful of loons.  Fooled again and again, the media refuse to learn a thing from their humiliation, and so they repeat the process as soon as a new astroturfed right wing "movement" demands their attention. Well, here's the newest example- the Truckers' Convoy, or the several convoys, all under the sway of their own alleged leaders, which in a classic example of press malfeasance converged on the vital national center of Hagerstown, Maryland, to great fanfare, and then failed to make it the last hour's drive into DC. Thinkin
7 comments
Read more

Putin Explained By The Wingnuts 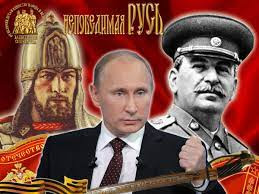 It's sort of fun to watch the American right writhe in agony as it tries to find an acceptable explanation for the behavior of their true leader, Vlad, and his little toady, Donald.  Well, here is a pretty notable attempt, in line with a lot I've read in the last week or so, since Vlad went and did the sort of thing that all wingnuts are just longing to devote their lives to- killing the innocent in an impotent spasm of violent rage.  Really, it differs from Sandy Hook or Parkland only in scale, as the "ideology" of the perpetrators is largely the same. I went to the trouble of transcribing this from a video.  The craziest stuff is all found in videos these days, as most wingnuts have very limited reading comprehension (that is not a joke, in case you wondered; it is clearly true.)  The video is produced by a group that calls itself "Patriot Underground," on the apparent theory, never disproven, that the bigger the lie, the more the right wing rabble will l
1 comment
Read more

March 03, 2022
It is time for the pathetically weak guy we have posing as our Attorney General to appoint the leading Constitutional scholar in the United States, Harvard Professor Lawrence Tribe, to be a special prosecutor to determine what charges should be brought against Trump et. al.  Yes, Tribe will instantly become the legal Anthony Fauci, but at least we know he will tell the American people the truth.
Post a Comment
Read more

Wingnut Wrapup- Can They Be Any Worse Dicks Version 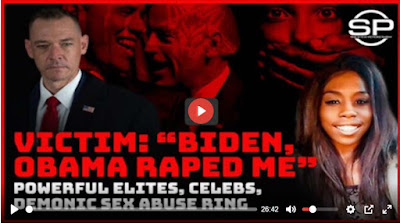 Is there no world crisis big enough to focus their attention on reality?  Okay, okay, we all know the answer is no, but here's their response to the threat of nuclear war, just to prove the point.  As I have begun doing recently, I won't dignify these people of the hive mind by identifying them individually, so you will just have to trust me when I tell you that I didn't just make it all up.  Which, given what you are about to read here would make me a horror writer of Lovecraftian proportions, but alas, it's all too real. So here is the current state of their explanations of what is going on in Ukraine and with Biden, starting with this stunning news: No word about the couple of dozed women that Trump raped.  And on we go. "Trump, Putin, Zelensky, XI, Modi Are Allies! MSM Media Is Lying About Everything!" Well, nobody sane ever doubted that Trump and Putin are allies, in the sense that my Corgi dog is my ally because he follows me everywhere I go.  As for the
2 comments
Read more 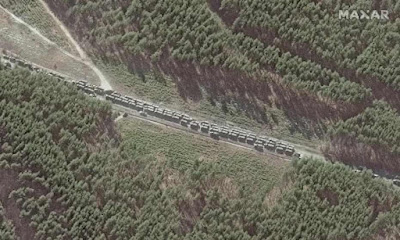