Showing posts from May, 2022
Show all

It's Not Just The Catholics

May 24, 2022
From the Washington Post: "Southern Baptist leaders covered up sex abuse, kept secret database, report says The findings of nearly 300 pages include shocking new details about specific abuse cases and shine a light on how denominational leaders for decades actively resisted calls for abuse prevention and reform. Evidence in the report suggests leaders also lied to Southern Baptists over whether they could maintain a database of offenders to prevent more abuse when top leaders were secretly keeping a private list for years." I particularly liked the Post's prediction of the consequences of this discovery: "The report — the first investigation of its kind in a massive Protestant denomination like the SBC — is expected to send shock waves throughout a conservative Christian community that has had intense internal battles over how to handle sex abuse." No it won't, as the Post's writers know perfectly well, any more than the revelations about the Catholics
Post a Comment
Read more

Why Is This Guy Not Dead?

May 24, 2022
From the Washington Post today: "Kissinger says Ukraine should concede territory to Russia to end war" Precious advice from the architect of the United States' glorious victory in Viet Nam. "Kissinger urged the United States and the West to not seek an embarrassing defeat for Russia in Ukraine, warning it could worsen Europe’s long-term stability." No comment on how allowing a vicious dictator to violently seize part of a European nation might "worsen Europe’s long-term stability." "Ideally, the dividing line should be a return to the status quo ante,” said Kissinger, 98, according to the Daily Telegraph. “Pursuing the war beyond that point would not be about the freedom of Ukraine, but a new war against Russia itself.” Asking Russia to pay a penalty for its murderous invasion of an innocent country would just be too much.  No, the rules should be, aggressors can keep what they seize, but should immediately get back what they lose.  That's t
Post a Comment
Read more

May 17, 2022
With all of the potential disasters facing this country, a House subcommittee decided that today would be a good time to have the first hearings in fifty years about UFO's.  Could there possibly be a more stupid, and really, malicious waste of the country's resources?  Russia is on the verge of precipitating World War III, the Republican party is openly subverting our government, and their ignorant tools are killing people to speed along the process.  The almighty free enterprise system can't even keep an adequate supply of baby formula, we appear to be heading toward a summer of heat-induced disasters that could eclipse what we have already seen, half of the country seems to be descending into literal mental illness, and this is what they decided to do today.  This is an open sign of the willingness on the part of many of our "representatives" to send this country to hell, as long as nothing they do interferes with their meal tickets.
2 comments
Read more 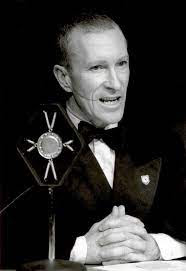 Well, I've been kicked off of Facebook for thirty days for suggesting that Tucker Carlson should be executed as a traitor, just like Lord Haw Haw was at the end of World War II.  Carlson, of course, is free to use social media to effectively campaign daily for violence against non-white people, with results such as we saw this weekend- ten real, dead Americans, slaughtered in the name of Carlson's particular brand of hatred.  That is perfectly fine, apparently, as long as he keeps making money for rich sociopaths.  This brings me to the topic of this particular rant, "stochaistic terrorism." William Joyce, A.K.A. Lord Haw Haw Stochaistic terrorism is a term I only heard of a few years ago, but the concept stretches back at least a couple of centuries into history.  Basically, stochaistic terrorism is what has been called for decades "leaderless revolution," a terrorist tactic in which the powerful manipulators of human events constantly seek to incite viol
2 comments
Read more

May 16, 2022
We've been pretty well bombarded the last few weeks with stories about Vladimir Putin's supposed bout with cancer- a bunch of new ones have emerged in the last couple of days.  Of course, given the mainstream media's disinterest in really getting to the bottom of any real news, we have no idea of whether these stories have any substance, or are just noise designed to distract from real issues.  Still, I think the newest stories, which are alleged to come from high-ranking people within Russia, are at least worth the following speculation, which of course is absent from much of the media coverage. Experts have generally foreseen two possible scenarios for an end to the failed Russian invasion of Ukraine:  Either a humiliating defeat and surrender, which for obvious reasons most people believe Vladimir Putin could never tolerate, or an escalation to something too terrible to really contemplate- the use of nuclear weapons, which, whatever damage they do to Russia's opponen
4 comments
Read more

A Country Full Of Truly Fucked Up Voters

May 09, 2022
At least we can be thankful that we don't live there.  From the Washington Post: "Dictator’s son takes commanding lead in Philippines election... Ferdinand Marcos Jr. looks poised to take the presidency in the country his family once plundered." Why don't they just elect Satan and get it over with?
Post a Comment
Read more

May 04, 2022
Which will consist of this:  Now that Conservatives have successfully destroyed one of the most important liberal actions in the last century, while we did nothing of value to stop them, we can count on all Democratic voters to get really riled up about it and storm the voting booths in November, delivering us a magnificent popular victory without our having to do a damned thing to really stand up to this insane bullying, or even putting on a meaningful campaign.  Goody for us! Think I'm wrong?  Try to convince me.  I've got the last fifty years of American political experience on my side.
3 comments
Read more

Prohibition- a Tale from the Past 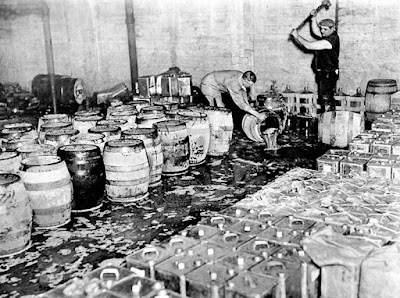 Most of us are familiar with prohibition, one of the stupidest misuses of the Constitution in the history of the United States.  But very few people have a clue where this misbegotten crusade came from.  Today is, I think, a good day to recall its story. What a waste.  Oh well, at least they were only hatcheting whiskey bottles and not women's bodies, as we are likely to get this time around. What nobody remembers about prohibition (it being convenient for us to forget) is that prohibition was a predecessor of Republican abortion mania.  That is, no leader of the Republican party gave a damn about prohibition, or thought it would accomplish much of anything, but it was a way to delude right wing Christians into supporting the Republican party, by pandering to one of their idiotic obsessions.  So, against the will of the great majority of the American people, into the Constitution it went.  And it worked spectacularly for the Republicans: the next three Presidents were all Republica
Post a Comment
Read more

May 03, 2022
Green Eagle has totally tuned out regarding anything having to do with the Supreme Court decision.  I can't imagine that there will be a single person who has anything to say about this abomination on either side that is not one hundred percent predictable.  This has been coming for decades now, and any Democrat who has pretended differently all this time was lying to themselves, just like they have lied to themselves about the Republican party being anything but a criminal, fascist cult determined to destroy multiparty rule.
1 comment
Read more
More posts