Russia- The True Price Is Yet To Come 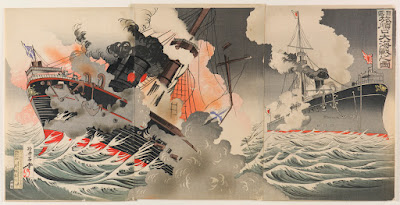 The Naval Battle at Port Arthur- Russo-Japanese War There seems to be quite a bit of agreement that Vladimir Putin's invasion of Ukraine, a country one fifth the size of his own, will be remembered among the great military humiliations of all time.  His army, widely thought to be the second most powerful on Earth, has been revealed to be a hollow shell, eaten away by the sort of corruption that is an inevitable characteristic of dictatorial governments.  He seems destined to fail at a military campaign that should have been easily won.   This failure is going to plague Russia for many years to come; however there is, I think, likely to be some massive fallout from Putin's collapsed adventure that practically nobody has been talking about.  What I mean can be explained as follows: I have virtually never seen this discussed, but I think it is important to note how often revolutions and the collapse of empires follow the draining of military power.  A classic example of this is th
2 comments
Read more 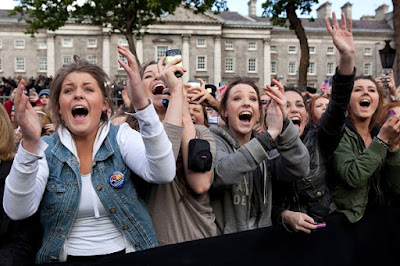 First, the good news!  YAY!!!!  "Former Clinton Special Prosecutor Ken Starr Dead at 76" And now, the Queen!  This is so strange, because there is, in the end, nothing more right wing than royalty.  You'd think they would love the royal family, but no, not when it means giving up someone to hate: "Top 10 Queen Elizabeth's Bizarre, Satanic And Reptilian Moments: 1. Queen Elizabeth knew she was taking part in the largest satanic mega ritual the world had ever seen… or not seen, because the world has no frickin’ clue what they were watching in the 2012 London Olympics opening ceremony!!" I think I will just forget about the other nine reptilian moments.    "New McAllistertv: Reptilian Queen Down" Reptilian again.    "Situation Update, Sep 9, 2022 - As the Queen Dies, so Does Luciferian-Dominated Western Civilization!" The end of Western Civilization, which is Satanic.  There just is no way to make fun of this.  "Queen Elizabeth Died At
2 comments
Read more 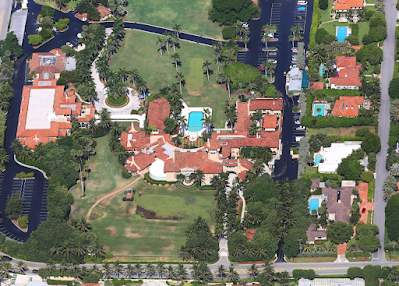 Step One:  Walk unimpeded through a tunnel from the beach into Donald Trump's Florida mob hangout: To get inside Mar-a-Lago, where President Trump was staying last Thanksgiving, 18-year-old Mark Lindblom walked along the beach until he reached an underground tunnel, leading straight to the luxury club. The narrow corridor dipped beneath South Ocean Boulevard, a shortcut so Mar-a-Lago Club members didn’t have to cross the street on their way to and from the beach. “I wanted to see how far I could get,” the college freshman told a federal magistrate on Tuesday, the Palm Beach Post reported. As it turns out, he got pretty far: past Secret Service and all the way inside." Step Two: Make your way to the storage room for pool supplies, which is apparently secured with nothing but the normal sort of lock that such a room would have, located near the swimming pool.  Here is an aerial view of the property, thoughtfully provided by Green Eagle to assist you in finding the pool: Step T
Post a Comment
Read more

Trump Beats Down The Law Again

September 06, 2022
We have seen, in the last month, absolutely massive evidence that Donald Trump has engaged in espionage, in the greatest act of treason in the history of the United States.  As this evidence increases on an almost daily basis, Trump has responded.  A corrupt judge, bred to serve the rich by the corrupt Federalist Society, appointed in a corrupt act by the corrupt Trump, has all by herself brought the entire public investigation to a dead halt, very likely forever.  And here is why I say that. The judge has made a ludicrous, ahistorical and malicious demand for a "special master" to examine the 11,000 documents Trump stole.  Apparently, by the rules, the judge nominates a candidate to be special master, and the candidate must then be approved by both sides of the litigation.  All the judge has to do is nominate an endless succession of corrupt right wing candidates, each committed to covering up Trump's crimes (as she is herself) and the government will be forced to refus
Post a Comment
Read more

As we learn today that dozens of secret cover sheets were discovered in Trump's hoard, unattached to their former contents.  As usual, the best treatment of what we know can be found at Marcy Wheeler's blog, which has become virtually essential reading for anyone trying to filter their way through Trump's endless legal scandals.  "RETURN TO SENDER: DOJ SEIZED EVIDENCE THAT UP TO 90 HIGHLY SENSITIVE DOCUMENTS MAY HAVE DISAPPEARED"  As far as I can tell, there is no way to tell from the cover sheets exactly what was in these folders, so we may never know exactly what information Trump treasonously stole, and we may never be able to discover what he did with it.   I have referred to this problem before.  How do we know how much more vital security information he took with him, and exactly what he did with it?  We know this is a totally lawless man, who would do anything for profit, for revenge, and just for petty spite.  He has a Presidential record of selling out o
2 comments
Read more

Trump- The Delusion Versus The Reality 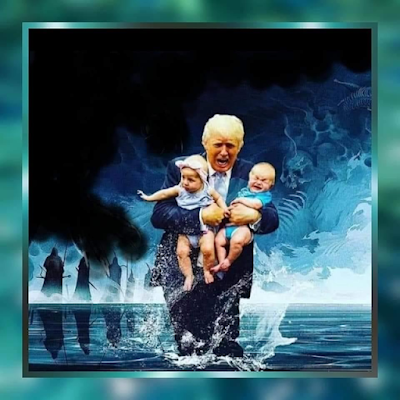 The Delusion The Reality Just to remind you that, after we peel away all the bluster and lying (and the orange makeup,) this is the pathetic truth- this is the giant who is supposed to make us quiver in awe.  Yet his mighty power still fills millions with fear.  You know what my biggest worry about Trump is today?  That he is going to keel over dead from all those hamburgers before we get a chance to make him pay at least some token penalty for his monstrous behavior.
3 comments
Read more
More posts