Kurt Schlichter, Town Hall:  "Claims of Racism Are The Last Refuge Of A Shrill Harridan"


And calling a female Presidential candidate a "shrill Harridan" is the last refuge of what, Kurt,  a monumental asshole?

Mark Davis, Town Hall:  "Kaepernick Anthem Snub is Not a Free Speech Issue...It is hard to know which is more disillusioning: an NFL quarterback stupid enough to insult an entire nation in a political hissy fit, or a multitude of constitutionally illiterate people who think it is a free speech issue."


Because black people don't have the right to free speech.  Don't you people understand that yet?  It's right there in the Constitution- at least the one right wingers carry around in their pockets.  It's right before the part about them being allowed to kill black people whenever they feel like it.

And now, a new height in Republican delusion:

Roger Simon, PJ Media:  "Will the Clinton Foundation Mark the Fall of Our Republic?"


A charity will destroy the country.  You don't even want to know why.  It would just waste a couple of minutes of your time trying to find out.  P.S.- electing a megalomaniac racist would-be dictator with obvious delusions would definitely not mark the fall of our republic, as far as Roger is concerned.

"It is perfectly fine, from the liberal media's point of view, to appeal to blacks and other minorities. But whites are off-limits. Hence, to even speak of a "white identity" makes one a racist or a nationalist."


It sure does, jerk.

"Obama's mentor had taught him that black people have "reason to hate."


I wonder what that reason might be.  As a white person, I just can't figure that one out.


Better for poor people to just tie their kids' hands behind their backs and leave them locked in the closet when they have to go to work.  The Washington Times' answer to this problem?  Why, cutting taxes, surprise, surprise.  Because that will help poor people afford day care so much.

Andrew McCarthy, Renew America:  "Why is Obama stonewalling on details of the $1.7 billion in 'Iransom' payoffs? "


Because it is his responsibility to just get up there and spill the facts on every single foreign policy action the country ever took.  Yeah, that's right- that will satisfy Republicans.  We won't be seeing any hearings on that.


Satan?  George Soros?  I don't really know, because I was too uninterested in this one to click the link.


Well, that doesn't seem to show that he has much political sense, does it?  Maybe he's just screwing with us.

And while we're on the subject:


Well, once again, Green Eagle is just too listless to click on the link and see what Jerry has to say about this, but I have it on the best of authority that they run something like this (translated from the original Aramaic:)

"I looked down the bar, at the bartender

One bourbon, one scotch, and one beer

Well my baby she gone, she been gone two nights

I ain't seen my baby since night before last

I wanna get drunk till I'm off of my mind

One bourbon, one scotch, and one beer"


Well, I could be wrong, but that's what I heard. 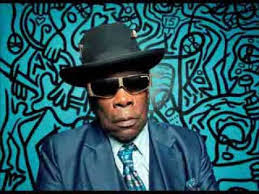 
Damned right!  After decades of the rest of us giving in to their hatred and greed, they are ending up having to bear a small part of the cost for the damage they have caused, instead of making black people and foreigners pay the price.  Since when is that the way things are supposed to work?


Well, just as long as he didn't rant  "Green Eagle, I Hope you are Listening" because I,m not.

Newsmax:  "Kellyanne Conway: 'Rape Would Not Exist If Women Were Stronger'


Yeah, you never hear of a rhinoceros being raped.


I think they got it a little wrong there.  I think this is what they announced:

Backdoor MAN, not Ban.  There, that makes more sense, right?

Matt Vespa, Town Hall:  "They Can Pick Up The Tab: Taxpayer Funds Were Used To Subsidize Hillary's Private Email Server"


Man, talk about a pathetic excuse for a scandal.  She was the Secretary of State, dimwit.  The government picked up the tab for her communications, which were probably safer on her private server than on the State Department computers.  And they paid her internet bill.  The horror!


And does Justin really think anyone will buy that one?  A "New US-Mexican Alliance..."  Yeah, a new, much worse one.  Speaking of which, this:


Oh, right.  They probably "invented" this video too:

At this point, Republican leaders think they can tell any lie they want and get away with it, and the closer we get to the election, the more the press is helping them out.

And in a related story:


This is what it comes to  when we let "leaders" like Trump thrive despite their disgusting behavior- now it is apparently okay with Republicans to openly mock disabled teens in front of the whole country.  Way to go, Donald.

Jay Caruso, Red State:  "Voting Is About Choosing Who Best Represents Us, Not Who We Think Will Win"


A good bowl of ramen?


Well, actually a traffic accident in which two people sadly died.  Not my definition of a massacre, but then what do I know?

And another sign that Conservatives understand absolutely nothing about comedy: 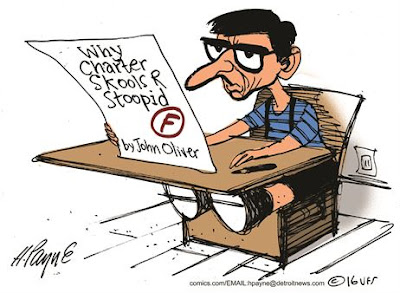 Matt Vespa, Town Hall:  "Some people, including members of the media, noticed that during Donald Trump’s meeting with Mexican President Enrique Pena Nieto, there was a Mexican flag on the stage, but not an American one. Was this weakness? Was this disrespect? Was it a sign that Trump was out of his element abroad? It was neither of those things. Donald Trump is the Republican nominee for president of the United States. Lylah Alphonse, managing editor of U.S. News and World Report, noted that Trump is not the head of state, hence no flag. So, everyone just relax—this was protocol being followed."


Yeah, sure, Matt.  Of course, if Hillary had done this, it would be treason.


Will the horrors never cease?

Riehl World View:  "Well, that’s not good: Al-Qaeda has called for a new generation of ‘lone wolf’ terrorists to blow up American Airlines, United and Delta planes using bombs made in their kitchens."


Green Eagle doesn't know how to make a bomb.  Would the airlines settle for a nice pot of Ragu Bolognese instead?

And finally, this news:


The Trump's will be eating good tonight!