September 13, 2016
Note:  I have pretty much ignored the literally hundreds of lunatic posts about Hillary's health I've seen in the last couple of days.  I hope that's okay with you.  Well, maybe a couple snuck in, but trust me, I could fill ten Wingnut Wrapups with these stories, if I really wanted to bore you to death.

And let's just start with Conservatives putting it right out there:


I'm sure Stalin and Hitler were patriots too, in your opinion, Jonathan.


That is an occasion worthy of celebration on the right, apparently.  Sort of makes you wonder, huh?

"The American Federation for Children's (AFC) Kevin Chavous is a Hillary Clinton supporter, yet he had nothing but praise for her opponent Donald Trump after his education speech on Thursday in which he announced his new plan to expand school choice."


The American Federation for Children's Keven Chavous!  Oh, now I see. From Sourcewatch:

"The American Federation for Children (AFC) is a conservative 501(c)(4) dark money group that promotes the school privatization agenda via the American Legislative Exchange Council (ALEC) and other avenues. It is the 501(c)(4) arm of the 501(c)(3) non-profit group the Alliance for School Choice. The group was organized and is funded by the billionaire DeVos family, who are the heirs to the Amway fortune. Former Wisconsin Assembly Speaker Scott Jensen, who was charged with multiple crimes stemming from abuse of his office, is on staff at AFC as Senior Advisor to its Government Affairs Team."


I get it:  ALEC, school vouchers, corruption... why, the usual background of a Hillary supporter.  And by the way, I got bored pretty fast, but my Google search failed to show any sign that Chavous, who claims to be a Democrat despite being funded by ALEC, i.e. the Koch brothers, has ever supported Hillary, or done anything in public but what he is paid to do, which is to attack Hillary's positions on education.


And aren't you sad you missed them: 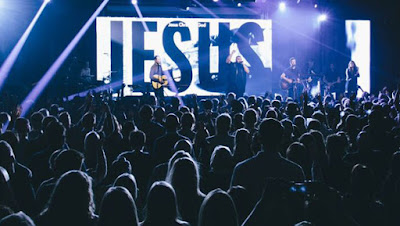 
Part of Maine.  A consolation prize?

And now a unique twist on reality:


As I have said before, a hundred people hear the Conservative lies about things like this, for every person who actually knows what happened.  So, this brazen twisting of the facts is what you get.


At least one?  How about a thousand wingnut sites and mainstream news outlets that have been pounding out this lie for months?  And there's the "It begins" thing, again.  Jim, what begins, and how can it be beginning when you have been screaming about it for ever?  And finally, this filthy rag full of lies, owned by Trump's best friend, is a "news organization?"  Give me a break.

Michelle Bachmann:  “On every single level, if you look at the agenda that Donald Trump has put forward, it’s been one that I — as a constitutional conservative, as a believer in Jesus Christ — I cannot only easily embrace, but readily embrace."


Man, I'll tell you something:  If Michelle Bachmann believes she can reconcile supporting Trump with the teachings of Jesus, she is one ignorant, stupid individual.  Of course we knew that already.  How can she have been raised all her life as a Christian, and she never read the Sermon on the Mount?

But let's be straight here- we know that all of those right wing, evangelical "Christians" don't give a damn about Christianity; it's all just a cover for their out of control greed and hatred. And I mean all of them, not some "basket" of half of them.  Every single one.  It's no wonder that the rest of the country is turning its back on Christianity these days.

Pat Nolan, Town Hall:  "Trump Should Look to the States for Successful Law and Order Policies"


Which States?  Maybe Mississippi or Alabama?


This is flying its way around the right wing blogosphere today, despite the fact that there is not one source for it mentioned anywhere.

Well, nobody except Dick Morris, which just proves that it is false.

I picked this one because it was written by Joe Cunningham, who suggested this weekend that Hillary's staff are desperately trying to prevent her from committing suicide.  No source for that one either, in case you wondered.

But it's happening!  Believe us:


So secret, in fact that no one has a shred of evidence that it is happening.  But it is! Trust us!

And a good-as-gold medical question from the legendary Stupidest Man on the Internet:


Oh, I don't know, maybe because it was really sunny out?  Or maybe we should take Jim's suggestion seriously:

"One post on Twitter...suggested that the glasses are not regular sun glasses.  That is why she was wearing them. "


They weren't regular sun glasses.  They were probably those ones specially made to fit lizard people from outer space.  By the way, just to be clear about this, light stimuli can trigger seizures in certain people with forms of epilepsy which, with all of the dozens of medical disasters which supposedly plague Hillary, she has never been accused of having.  A certain type of Zeiss sunglasses, not for sale in the U.S. are asserted by some to ameliorate that possibility, but there seems to be no proof to support that. The Epilepsy Foundation, at their web page dealing with treating this condition, says absolutely nothing about anti-seizure glasses, but of course, what do they know?

Senator David Perdue:  "Donald Trump Is Our Only Shot To Shake Up Washington"


Senator, the only shaking up Washington needs is to get rid of seditious, corrupt Republicans like you.

And now this delightful opinion:

Jay Caruso, Red State:  "Bill And Barack Filling In For Hillary On The Campaign Trail Proves She Needs A Man To Do Her Work For Her"


No.  But that won't stop you from saying he did, will it, Streiff?  You, like all your wingnut friends, have lied so much over the last couple of decades that you can't tell the difference between truth and lies any more, if you ever could.  In fact, judging from what you write, you actually like the lies better.


Just one short chapter in the sordid history of Liberals telling the truth.


WOW!!!  Well, one guy who thinks that might be possible.  I follow the liberal media very closely, and I saw not one single thing about this, until I learned about it from Jim Hoft.


Well, really, how else are you going to keep them fresh until dinner time?

And that's all I could take this time.  "Bye!

I say, if she studies Trump's plan, she'll learn what to avoid doing.

I finally obtained a new computer, so I'll be back rewarding people for going through this slog of conservative garbage.

First, on this day 275 years ago, September 14, 1741, George Frideric (or Frederick) Handel finished writing the Messiah. Here's a performance by the Choir of King's College, Cambridge. If you wish to hear only certain selections, the site has links to each individual movement of the oratorio; just open "Show More" first.

Also, on this day, September 14, 1914, W.C. Handy obtained the copyright for his St. Louis Blues. Here's a link to Handy and his band performing the work in 1922. I'll provide another link to a 1925 vocal version featuring Bessie Smith (and that is Louis Armstrong on the cornet).

Green Eagle said…
I saw a Christmas performance of Messiah once at Great St. Mary's Church, virtually right across the street from King's Chapel. I saw the Kings College Choir several times on site at King's College, but I was at Corpus Christi College, and knew the organ scholar there, so most of the ecclesiastical music I heard was there.

I never saw Bessie Smith, needless to say, but I did see Big Mama Thornton once. Does that count? P.s.- I don't think anyone would mistake her for the Kings College Choir.
September 13, 2016 at 11:55 PM