September 02, 2014
Finally, we are seeing some of the above-ground results of the activity of the Bartharbunga volcano in Iceland.  There was a smaller eruption on Friday, and now a considerably larger one starting Sunday morning and continuing to today.  Here are a couple of pictures of eruptions along a rift following the dyke that has spread from Bartharbunga to the Northeast in recent weeks: 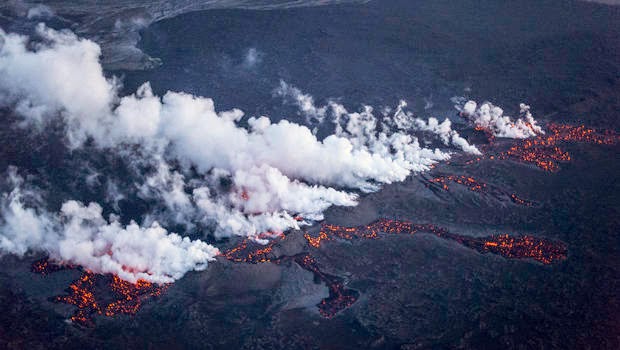 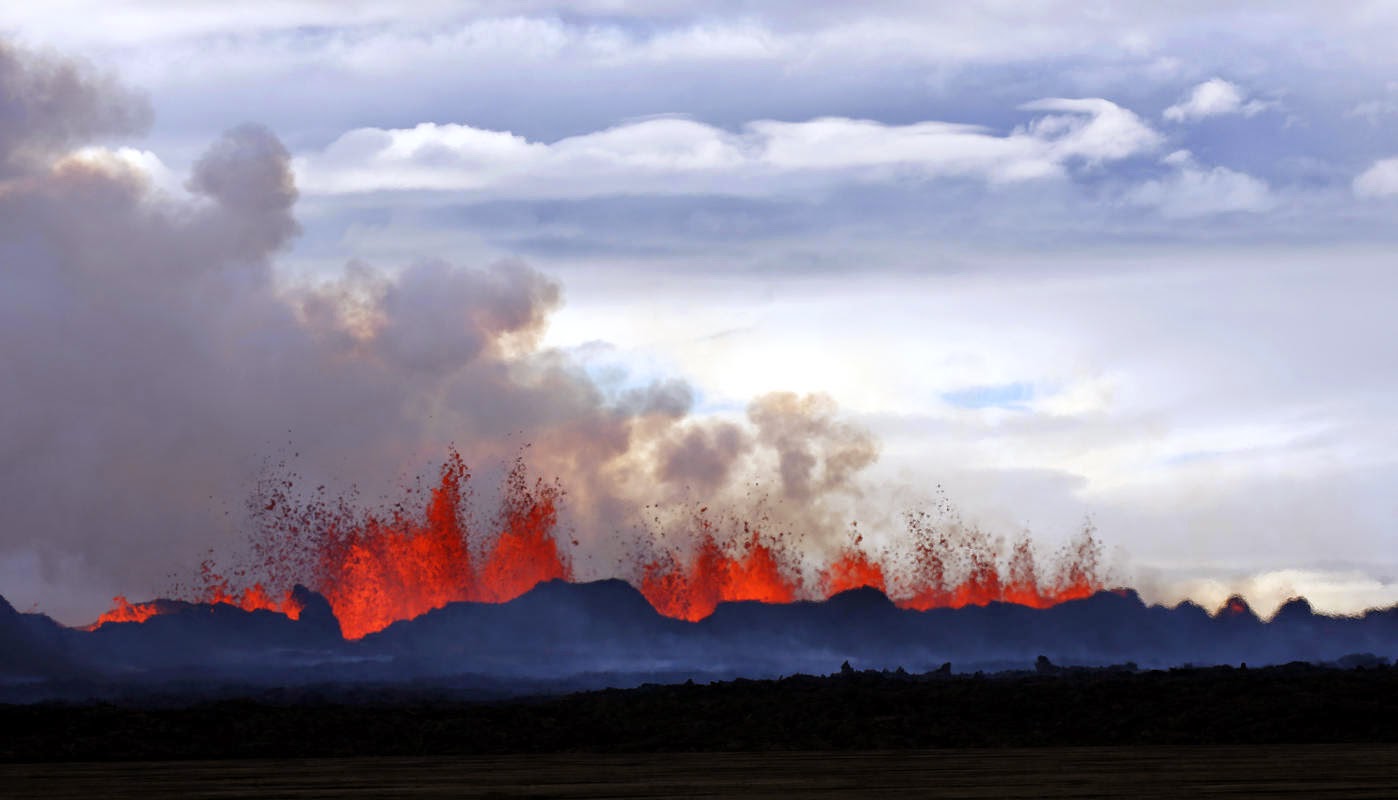 So far, nothing that is that massive, but of course this is only the beginning.  I'm waiting for Daily Kos, which has covered this story so well, to link to the current reports from its Icelandic sources, which will be much more informative.

Please remember that an eruption here in the late 1700's distributed enough ash into the atmosphere to cause the Mississippi river to freeze down to New Orleans, and caused mass deaths due to famine, from Scotland to as far away as Egypt.  That sort of thing is why I am paying attention to this.  Given the tenuous economic situation in Europe caused by neo-liberal "austerity" policies, it would not take that much to send the region into a very frightful instability.  Let us not forget, on the 100th anniversary of World War I, that it doesn't take all that much to tip people who like to see themselves as being the most civilized on earth, into murderous chaos.  A year or two of agricultural devastation could do that without much trouble.

Update:  And here is the report from Daily Kos, if you are interested.  It ends on a rather pessimistic note that three explosive (although not too big) eruptions have now occurred, but unfortunately, the link is to an article in Icelandic, and it's been so long since I studied Old Norse that I couldn't make enough of it to comment.