"Graham, like some other lawmakers, maintains that the Islamic State is poised to attack America and possibly wipe out humankind if it continues to expand its reach."

Leaving aside the monstrously idiotic nature of the idea that ISIS could wipe out humankind, I would like to point out that Graham, in his siding with global warming deniers, is actually himself working to possibly wipe out humankind, not as some sort of grotesquely out of proportion figure of speech, but in reality.

Oh, foolish me.  Reality- that's not something Lindsay is familiar with.

Well, on to the rest:


Well, they sure don't.  Only White Republicans know that.  Dumb black people.


On a janitorial contract.  Scary!!!  Daniel, the guy is dead.  Why don't you try worrying about the threat posed by someone who is still alive?


Double bubbling trouble.  A serious felony, under Federal law. By that argument, Michelle, we should be sending you to another galaxy.


I.e. doing nothing- just what the Republicans demanded.  The worst possible partisan action except for doing anything, that is, because it didn't give the Republicans much to get enraged about.
And while we're on the subject:


Right wingers are so enraged that Obama ruined a chance for them to scream at them that they had to go out and invent one more groundless lie about him.


What, gave your Obama smearers the day off, and had to run with second string liars?


And just who might this young businesswoman be?  Why, Katy Kieffer, Fox News contributor, Town Hall writer, and perpetual Wingnut Wrapup guest "star."  By the way, the article made clear that Katy used to be, but no longer is, a real estate agent.  That's what makes her a businesswoman.  These days, she just gets paid to lie.  I guess that's a business, sort of.


And a great victory too, except that Jay Carney's facts were patently true.  Other than that, a great smackdown for the right.

Stephen Green, PJ Media:  "You're out, Barack...We have a fundamentally peacetime president in a wartime world."


Remember what happened the last time we had a wartime president in a peacetime world?  It wasn't that long ago.  I think I'll just stick with what we have.  Stephen is suggesting a coup against Obama, of course, for wanting peace more than war.  How anti-American that makes Obama.

John Hawkins, Town Hall:  "John Hawkins: Millennials, Hollywood Is Lying To You About Work And Success "


And you know what?  They're lying to you about Luke Skywalker and Han Solo too.  And don't even get me started on Mickey Mouse and Wile E. Coyote.  Is there no decency left in the country?

John C. Goodman, Town Hall:  "Is ObamaCare Working?  Yes according to Paul Krugman, Ezra Klein and the Commonwealth Fund. But all these folks were cheerleaders for the Affordable Care Act from day one."


The mere fact that their predictions were right all along disqualifies them from pointing out the truth now.  The only people who have a right to speak out about it are the ones who were paid to attack it from the beginning, even though they turned out to be nothing but a bunch of paid propagandists.  That's only fair, right?


What? This is what thinking among Conservatives has come down to?  Bruce Lee vs. Ayn Rand- hey, how come the Jedi knights and the Shaolin priests can't get in on the fun too?

By the way, if you really would like to read about what a criminal farce an Ayn Rand based world would be, you could try reading this article about a supposed "Galt's Gulch" community in Chile.  Didn't work out too well.


Because they aren't as stupid as Texas voters?


And here it is- the photo that proves that Obama is Satan: 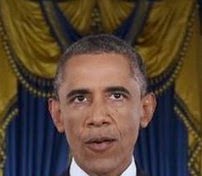 Or maybe it's the curtains behind him.  No...here's the final proof that Obama is Satan.  That is much more credible.

Town Hall Finance:  "Ten Months or Two Years of U.S. Microrecession...Another month, another 15 companies announcing that they'll be paying less out in dividends in the future, making August 2014 the tenth consecutive month in which the number of companies acting to cut their dividends has been elevated above the "Recession Line"...Alternatively, if we ignore the third quarter of 2013, when the number of dividend cutting companies briefly dropped below the Recession Line, we could describe the U.S. economy as having been in microrecession since August 2012, which really makes this past month the two-year anniversary of that economic state."


Ever heard of a "microrecession?"  No?  Me either.  The term seems to have cropped up about six days ago at a website I never heard of, and is now being spread through the usual process around the right wing world.  This is what happens when right wingers are confronted by an economy the Republicans wrecked, which despite their best efforts, continues to be slowly healed by Democrats.  And I love the "if we ignore the third quarter of 2013" part- the same sort of Conservative thinking that gives us the "if we ignore 9-11. Bush only had a few other terrorist acts on his watch" argument.

J. R. Dunn, American Thinker:  "The American Left and ISIS...since the appearance of ISIS, the usual suspects on the left -- those in politics and media in particular  -- have bent over backwards to argue that it has nothing to do with Obama"


That damned truth again!  Don't liberals have anything else to offer the American people?

Lloyd Marcus, American Thinker:  "Attack of the 50-Foot Killer Elite Monster...The elites with big stages and big microphones that hate America as founded are killing us."


I didn't even know a microphone could hate anyone.  Maybe he's talking about a Neumann CMV3? 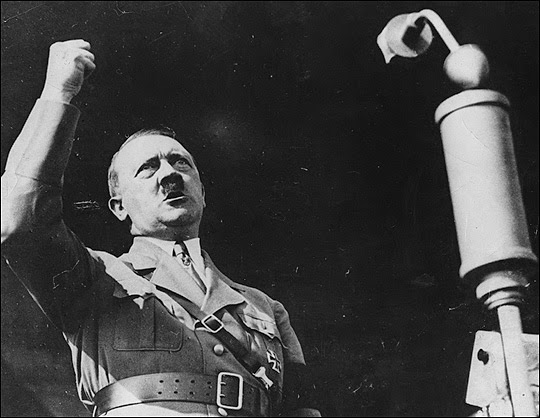 (Sorry- kind of an inside joke, I guess.)


What? PWB?  Well, I guess that C. Edmund  must be on to something, because look at his endorsers:

"Another testament to Mr. Root himself, and to the book, is the incredible list of diverse endorsers who were willing to put their name on the book. From Ben Carson to Ann Coulter to Allen West -- to D’Souza, DeMint, Faber, Forbes, Schiff, Paul, Viguerie, and Bohannan -- the list of those who recommend this must read is impressively expansive."


Expansive alright- going all the way from right wing loon to out and out neo-Nazi hater. If I were you, I'd leave reading things like this to Green Eagle, who doesn't have a big enough brain to be damaged too badly.

Zog said…
Sometimes I think I could come up with better comments.

I always wondered who airline seats and airline food was designed for. Now we know.

If Obama went to Benghazi, McCarthy would accuse him of taking more vacation days away from the White House. You can never win with some people.

Green Eagle said…
Be my guest, Zog. Spend 40 years or so following the right wing like I have, and a decade putting together a collection of right wing websites like the few hundred I've bookmarked, start a blog and go for it. I don't mind the competition at all. The more people know about this stuff, the better. And you might also like to keep an eye on Alicublog, Sadly No and other sites that have, for many years, covered the right in slightly different ways than I do, but with a similar attitude of derision.

Let me know when you get up and going, and I will be a loyal reader.

P.S. I could think up better things too if it were worth it. These people don't really deserve much more than the few seconds I'm willing to spend to come up with a sarcastic response to them.

Let me tell you something I learned working in TV production: You can always think of something better tomorrow or next week. That's not the job-it's to come up with something that works and get it done. You came up with four replies to things I found in the wingnut world. I have written several hundred wingnut wrapups, containing thousands of items. Think about that.
September 20, 2014 at 7:45 PM

I just ran across your verbal jousting with Ayn Rand fartcatchers in Breitbart's comment section.