A Tale of Two Protests 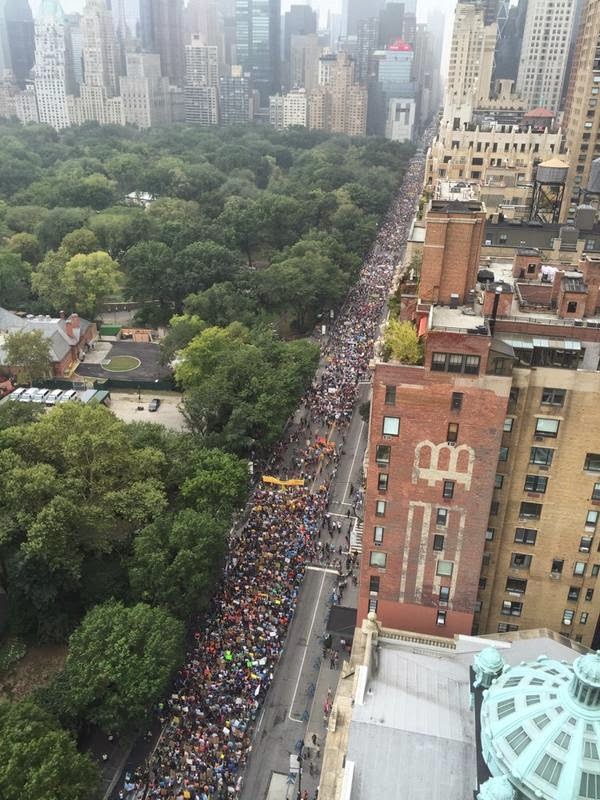 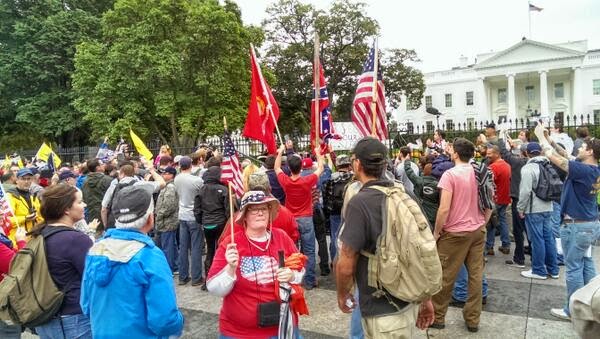 I don't think I need to say much to demonstrate which of these represents a real movement, and which is a cheap charade.  I think it is amusing, however, to look at the Tea Party Nation site and find this photo, which they imply was taken at one of their impeach Obama events: 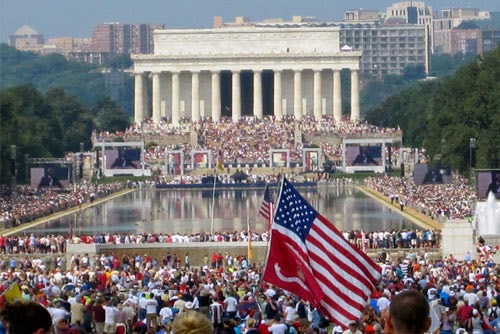 Now for something not entirely different: Here's a photo which was actually taken at Jon Stewart and Stephen Colbert's comedy march in Washington a couple of years ago: 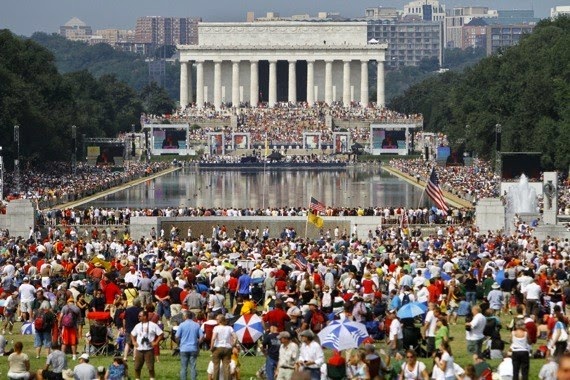 Look a little familiar there?  Just one more demonstration that the Tea Party, and the supposedly gigantic right wing movement against the government are nothing but a colossal fiction, paid for by the likes of Karl Rove and the Koch Brothers, with the collusion of the mainstream press, to convince the American people that a majority of us support whatever the hyper-rich funders of the Republican party want.


Update:  Another left-leaning demonstration in New York today drew a pretty healthy crowd, without attracting much attention from the press; oh well, the 300,000 who turned out yesterday meant nothing either, as it went almost uncovered.  Here's a shot from today's event: 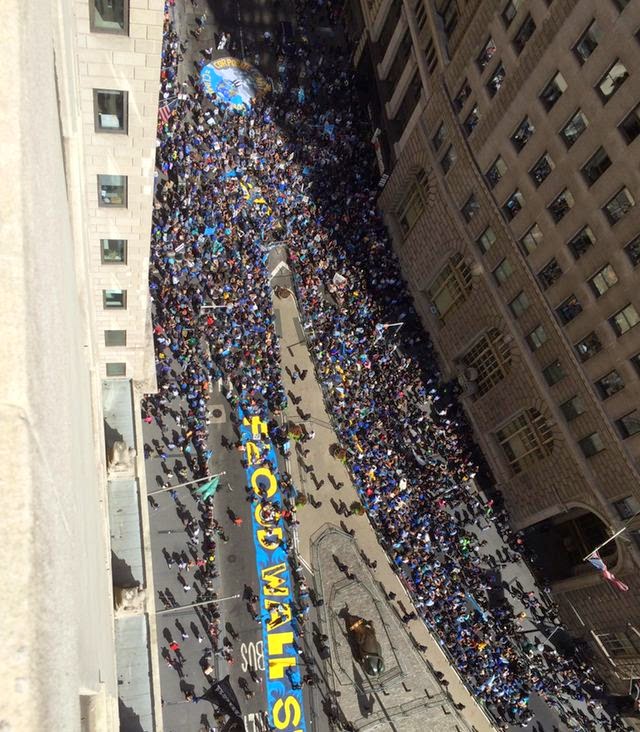 Not that many compared to yesterday's event, but it dwarfs the turnouts that right wing marches get, no matter how much publicity they get for free on Fox News and the wingnut websites.

Also this weekend:The "American Patriots" called a border protest in which they promised to shut down 25 border crossings in Texas, New Mexico and Arizona.  Five people showed up, altogether.  Way to go guys.  The country is with you, oh yeah!

the yellow fringe said…
Its good to see so many in NY. Around the world in hundreds of cities groups formed large and small in support. Today, Monday, the Rockefellers (SP?) will announce divesting from coal and tar sands, and planned future sales of their oil and gas stocks. No small thing, they control vast amounts of money, they will be 1 of 49 other substantial groups doing this today. Divestment of dirty stocks does not financially hurt those corporations net worths, but it colors them as morally unfit for people of conscience.
September 22, 2014 at 6:49 AM

Anonymous said…
This comment has been removed by a blog administrator.
September 24, 2014 at 2:50 PM

"if you disagrees with him"
verb not conjugated correctly

You're not one of these people who insists everyone should speak only English, by any chance, are you?
September 25, 2014 at 2:44 AM

Unknown said…
I've always been a bit fascinated, and certainly stymied by the disparity between movements, polls, etc....

The more violent, obnoxious and vociferous the small groups are, the more coverage they receive.

Beginning with the Tea Party's full "blooming glory" in 2008 when small groups of Tea Party activists were stomping women's heads into the pavement and threatening assassinations, this asymmetrical representation of the "will of the American public" is our corporate media in action - crazy sells news.

Unfortunately, we who prefer to behave as dignified human beings are not news-makers, rather a quiet majority and the quiet majority has always been ignored for the profit-generating crazies.

Had the Cliven Bundy show been a respectful, lawful, and mature effort to seek change, I dare say no one would even recognize the name of the illiterate buffoon

Certainly no small wonder our nation appears indistinguishable from those we try to bomb out of existence.