Back under your beds, mighty wingnut terrorist-fighters!


Austin, I'm sure you mean "CommuNaziMuslimSatan."  Don't want to leave anyone out and hurt their feelings, now.


You right wingers must be so proud of yourselves- it takes an amazing amount of work to make Kim Jong Un look like the good guy.


Crushing what?  Our sanity?  Our belief that there is one shred of reason behind what happens in the world?  Or just the last shred of life in the Republican party?


Hey, they learned a trick from Bush and Cheney, huh?  "Mission Accomplished," what?


Sort of the same thing that happened to Mitt Romney and John McCain, huh?


Apparently named after a general sacked for insubordination and an airman who got caught by the enemy and told them everything he knew.  No wonder he was a traitor.


Not starving to death after we retire- America's greatest enemy.  Because, let's just say, lots of people had saved all their lives for retirement, and then an economic collapse caused by greedy rich people and Republican lawlessness left them with nothing (not that such a thing could ever happen-right?) That would be all their own fault, for which the penalty should obviously be slow starvation.


And here's the picture of a MiG-21 that Jim ran with this article: 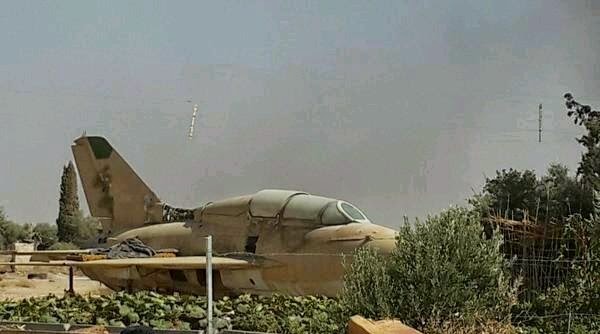 Back under the bed, right wingers!  Notice anything about the plane in this picture?  It's a derelict hulk.  That's because the MiG -21 is a plane from 1954, and has about as much chance against an F-15 or F-16 with modern avionics as Green Eagle does against Mike Tyson.  Many of the countries in the area have F-15's or F-16's, and if ISIS sends its MiG-21s up against them, ISIS won't have them any more.  If they even have any pilots who are vaguely trained to fly this '50's relic.


Sorry, Gina.  That's too many subjects for one post.


You just know that one has a great future in the courts.


Screw that.  Maybe if schools ignore it, kids will forget all about Obama.  Yeah, that's the idea- teach them about the significance of Romney's election.


Much worse than this one, I guess: 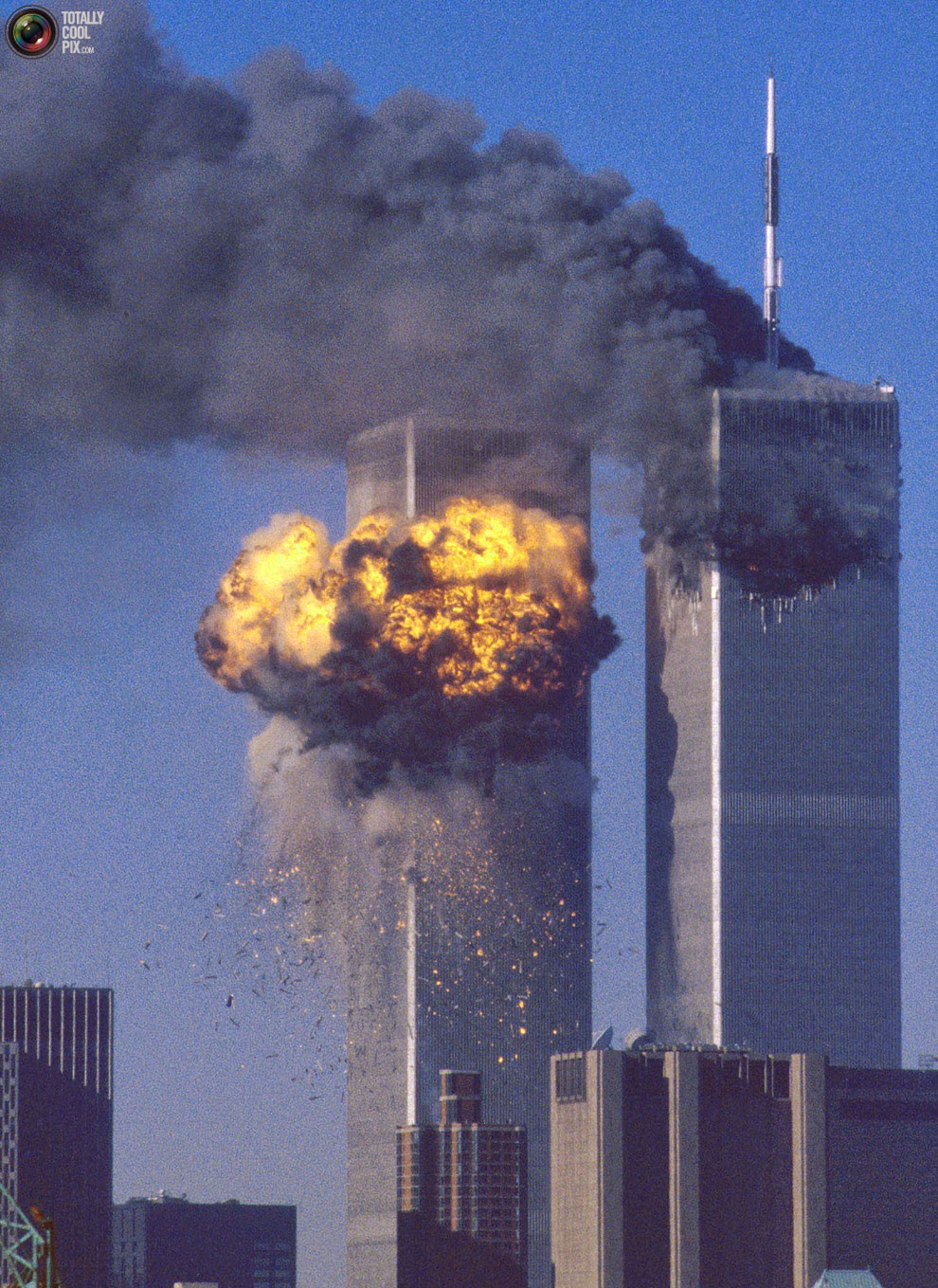 Obama- always worse than anything a Republican could do.


At this point, why should they even pretend the rich should pay their share?

John C. Goodman, Town Hall:  "Millions of people are out of work and can’t find a job. Many of those who have jobs are being forced to work part-time instead of full-time. And those who have full-time jobs are in for a nasty surprise. Next year’s take home pay is likely to be smaller than what they earn right now.  In all cases the reason is the same: Obamacare."


Of course it is.  It couldn't be because their greedy bastard bosses would rather go on earning their twenty and thirty million dollar paychecks, instead of sharing a little bit of it with their employees.


Well, ISIS doesn't really have much chance of wiping out the entire human race, does it?  Climate change does, you dumb ass.  And ISIS doesn't own a couple hundred corrupt Senators and Congressmen, the way the anti-global warming people do. Which do you think is more frightening?  And, if you answer ISIS, you are an idiot.


I'd watch what you complain about, Nick, considering that you get paid to write right wing lies for a website.


Of course he does.  What is his answer?  Less regulation on the rich, doing away with the minimum wage, eliminating public schools, forbidding government housing assistance, and of course this helpful suggestion:

"Ten hours of monthly volunteer service at a community non-profit would create eligibility for prizes at monthly raffles."


Raffles for jobless people.  Well, that should solve the problem.


Boy, that's one I'm not going to lose any sleep over.

Charles Battig, American Thinker:  "Napoleon's Thoughts on Politicians...Napoleon would have known what to do with the Democrats."


First they're in love with Putin and that right wing jerk Netanyahu.  Now it's Napoleon that they want running the country?  Next stop: Mussolini.  Or maybe Genghis Khan.  Curiously enough, Charles never does get around to telling us what Napoleon would do about the Democrats.  We already know what he would do about Putin, however.  Go into Russia with an army of three million and come back out with 10,000.  Pretty much the Republican solution there too.


This consists in the crime of telling the American people that they had better pay some attention to climate change; the wrongdoing involving telling the truth, which always helps Democrats.  That's why telling the truth is always an abuse.


This sentiment is a complete abomination.  Workers deserve nothing.

Con Coughlin, The Telegraph:  "Vladimir Putin’s boots are on the ground – why not ours?"


Because we are not totally delusional?  Because we don't really want World War III?  That's my guess.  Like it or not, there is just about nothing we can do about Russia invading a country next door to them but 10,000 miles from us.  By the way, how about if the Russians had put some "boots on the ground" when Saint Ronnie Reagan invaded Grenada?  Would that have been a good idea?


In case you haven't heard about this, a Muslim gang in the city of Rotherham, England has allegedly raped hundreds of children.  Of course, liberals are to blame, even though the perpetrators are religious fanatics far closer to American right wing Christians than to any liberals I can think of.  This piece was rather incoherent, but I think that what it amounts to is that liberals don't hate Muslims enough, so the Muslims go around raping.  If only liberals crushed all Muslims out of existence, this would never happen.  Then, I guess the whole responsibility for raping children would fall on Catholic priests.

Reverend Mark H. Creech, Renew America:  "There is [an] intriguing dynamic about work revealed in the Scriptures. Proverbs 21:4 says "the plowing of the wicked is sin." The late Dr. D. James Kennedy explains the meaning of this devastating verse about work. He writes:"This means a non-Christian farmer who rises before sunrise and goes about his duties, working in the fields while the blazing sun beats down upon his perspiring back, is sinning in the sight of God. Why? Because, even though God commanded man to work with his hands and earn his daily bread, his motive for working does not proceed from a heart cleansed and made holy. Therefore, his work is sin."


Not a "Christian?"  Then everything you do is a sin.  Got that?  Fine.  Well, might as well take the day off, then.  Green Eagle is heading for a nap right now.

So does Magpie. It’s ‘don’t shoot kids’.
Actually that’s pretty much my answer for a lot of stuff. Along with ‘pay people properly’ and ‘don’t poison rivers’, among a number of other, hugely difficult, concepts. Perhaps I’m just a bit ambitious.

"Vladimir Putin’s boots are on the ground – why not ours?"

Because his old lady left him. He’ll put his boots back on after he finishes screwing some tart from Volgograd.

I agree actually. i.e. Bush-Cheney were such a monumental disaster that a black man with the middle name Hussein won by a landslide.
September 3, 2014 at 3:51 AM

Green Eagle said…
"Boots on the ground-" Boy, has that become the favorite euphemism for getting involved in another three trillion dollar war that would accomplish nothing except make Republican campaign contributors a lot richer.
September 3, 2014 at 11:20 AM