April 26, 2012
By the ever-accurate Swift Boat master Jerome Corsi, who has the following to report at World Net Daily:


"With the release this July of Joel Gilbert’s full-length documentary, “Dreams from My Real Father: A Story of Reds and Deception,” the mystery deepens regarding who Obama really is.
Gilbert rejects the official story that the Kenyan-born Barack Obama was the president’s father.
Instead, he argues, Frank Marshall Davis, the radical poet and journalist who was a card-carrying member of the Communist Party USA, was the real, biological and ideological father of Barack Obama.
“I decided to investigate Frank Marshall Davis. His close physical resemblance to Obama was shocking, while Obama little resembled the Kenyan Obama,” Gilbert said. “How could this be?”
Gilbert launched into what became two years of research..."
And here, in the clearest pictorial form, is the result of that research.  Sit down before you read any farther- you are in for a dreadful shock:

Yes, there's the proof, the result of two years of thorough, exhausting scholarship!  Anyone can see the truth of this comparison.  Obama has his head tipped to his RIGHT, just like Frank Marshall Davis, while Barack Obama Sr. has his head tipped to his LEFT!  Could anything be more conclusive?  And as for any other resemblance or non-resemblance, well, they all look the same, right?

Now, before we get too carried away with this sensational finding, however, I want to point out a couple of possible problems here.  First of all, if Frank Marshall Davis is Obama's real father, that sort of ends the Kenya thing, doesn't it?  So, maybe Jerome Corsi needs to find a foreign black person to be Obama's real father, like, say, Idi Amin, who pretty much looks every bit as much like Obama as Framk Marshall Davis does, don't you think? 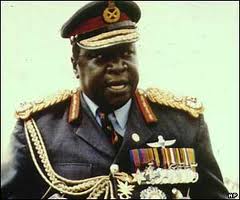 Actually, the people that I think ought to be concerned about an alleged descent from Barack Obama Sr. are the heirs of this guy: 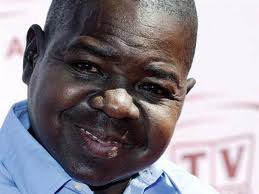 I mean, his head is even turned in the right direction.

Well, now that Jerome and I have cooperated to ruin your day, I think I'll just get back to my latest nap.

Grung_e_Gene said…
Ohhhh, the *Birfers* are shooting themselves in th head with this one though! Because if Frank Marshall Davis is Obama's father than Barack is an American citizen...

Oh wait, I forgot to conservatives President Obama can never truly be an American because he isn't white!
April 26, 2012 at 8:21 AM

the yellow fringe said…
The best test of the look's like dad idea is a big family. Any large group of brothers will have various likenesses to their parents. Some kids I don't see the likeness at all in them. Fathers and sons having the same features is a subjective and useless test standards. Better to find out if Barack likes potatos, then find out if Davis does, now that would be solid evidence.
April 26, 2012 at 8:37 AM

mastercynic said…
I say James Brown - the Godfather of Soul! He's got offspring coming out of the woodwork trying to keep his estate from going into the educational fund for underprivileged children his will stipulates. Sounds like the kind of thing a Republican can relate to. And we've all seen how our president can sing and dance!
April 26, 2012 at 10:47 AM