Man, it's been a busy few days in wingnut world.  You can always tell when they are so worried about what they have been up to that they need to be extra generous with the lies.

Let's just start out with a shout out to Fox News, which is now pushing the line that the reason that so many Trump administration officials can't get security clearances is not that they are all crooks with ties to a foreign dictator, but that...wait for it...it's all Obama's fault, for making the security check process just too darned hard.  I BLAME OBAMA!!!  What else did you expect?


The "Lynch mobs" in question are not, of course, real mobs, but anyone who questions the miserable way Trump is behaving as President.  See, any criticism from a Democrat is automatically illegitimate, and therefore:

"They babble on, endlessly, about “principles,” but when you cut through their endless posturing, posing, and smarmy virtue signaling, their “principles” are disposable whenever disposing of them helps get them what they want."


More projection, I guess...it's all the Republicans have.


People aren't leaving red States because they are too fucking poor to afford the gas to get out of town, and for Red State residents it's gas or Oxy, and you know which one of those is going to win.


Of course, no quotation here of the actual words of Christ, so Green Eagle will offer the following as a small sample:

“The King will reply, ‘Truly I tell you, whatever you did for one of the least of these brothers and sisters of mine, you did for me.’


It would be interesting to hear Scott explain how liberals "twist" these words of Christ to wage war against Trump.  My guess?  "Twist" is used here as a synonym for "quote."  But as I have already pointed out once today, whenever a liberal says anything, it is automatically some sort of Commie lie, and therefore must be utterly ignored.

That's nice.  No mention, of course, of this story:


"How Donald Trump Shifted Kids-Cancer Charity Money Into His Business...the Trump Organization received payments for (a Trump golf course's) use, part of more than $1.2 million that has no documented recipients past the Trump Organization. Golf charity experts say the listed expenses defy any reasonable cost justification for a one-day golf tournament."


Trump allegedly gave the guy $10,000 for his cancer treatment.  That would be less than one percent of what he stole from this kids' cancer charity in this one act alone.  A great photo op while he profits off the deaths of children. 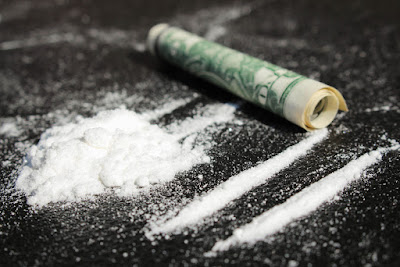 Don, that'll teach you not to get so loaded that you don't make it to the mailbox ahead of the help.


Well, if there is anyone who knows what a sycophant is, it's Devin Nunes, that's for sure.  And as for you, Sarah Lee, maybe you should stick to making coffee cake.

Streiff, Red State:  "Why Aren’t We Targeting The People Who Supplied Iran With Their Drone Design?"


Yeah, why are we not bombing the crap out of everyone on earth who annoys Donald Trump?


Well, that would cut a good quarter out of the six trillion Trump and the Republicans just gave away to rich people.  It's a start, I guess.

Susan Wright, Red State:  "Trump Points a Finger at the Obstacles to Peace in the Middle East"


Unfortunately, it was such a short finger that no one could tell which direction it was pointing.


No, really, Ben, the reason is that a monstrous little toad of a tyrant still looks good compared to Trump.  Deal with it, buddy.


And oh God, this is painful.  How about a Conservative "humor" break? 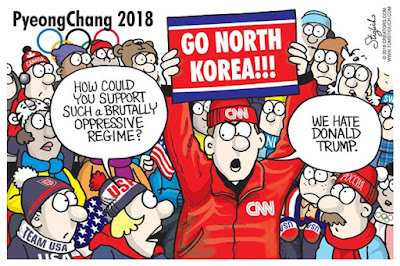 No word, of course, of what it takes to support oppressive regimes like that in the Philippines, say, or in Russia.  No, those are the good oppressors, i.e. the ones Republicans like.  And let's ignore the fact that CNN isn't supporting anyone, while Trump and the Republicans actually are supporting repressive regimes all over the world.

And for those who don't remember, Hans served in the Bush II justice department, where he was tasked basically with destroying the rule of law in this country.  Keep that in mind when deciding how much faith to place in what this miserable right wing tool has to say.


See, it is the exclusive privilege of the Trump administration to lie to the press.

And now, the next Republican scandal going nowhere:


An e-mail she sent herself.  Boy, that has all the signs of being something the Republicans can run with for five or six years.


And again:  It makes no difference if the person is a totally honest government worker.  If he's a Democrat he must be destroyed. Because only Republicans should be allowed to investigate anyone.  And since every single Republican, without exception, is corrupt, that will work out very well for them.

Jim Hoft, Gateway Pundit:  "Antifa Cheers Murder of Police Officer Thrown in Front of Train...Cologne / Germany: UPDATE- Antifa celebrates the murder of the policeman who was pushed in front of a train at the Chlodwigplatz in Cologne – –32 year old policeman rolled over by city railway and killed — The policeman employed in the fight against Islamists was deliberately pushed onto the tracks."


A little bit of information from Wikipedia:

"Antifaschistische Aktion, an umbrella organisation for militant anti-fascists in Germany, was formed in 1932. It was sometimes called "Antifa". Although it did not survive the war, local anti-fascist committees were formed across Germany, typically by veterans of this organisation, as Nazi rule crumbled in 1944, under the name "Antifa".


This group has absolutely zero to do with the largely fictional "antifa" groups in the United States.  It was originally formed to fight Hitler.  What a bunch of hateful liberals.


They "laundered" the Steele Dossier into intelligence briefings- i.e. they included information from possibly the greatest expert on Russian spying on the face of the earth.  A new meaning of the word "laundered."  And way to go, Jim, to accuse the Clintons and Obama of, well, something, for doing their job.  Fighting against treason is now treason itself- George Orwell would have been so proud of you.


Talking points!  They used talking points!  Something the Republicans would never do!  And what was the single "talking point" that had Jim so enraged?  A couple of them used the term "cherry picked" to refer to Nunes' memo.  Not calling Trump a Muslim or a Communist or a citizen of another country or actually Satan himself, no, just using the term "cherry picked."  Stupidest Man on the Internet rears his ugly head once again.


This would be former Secret Service agent Dan Bongino, who is a right wing talk show host that worked in the White House for a couple of years during Obama's administration, where he was a minor security guy with essentially zero contact with Obama himself, but who wrote a smear book after he left, accusing Obama of all sorts of things that all turned out to be lies, but which of course are quoted to this day as legitimate revelations.  Pretty much standard Republican character assasination.


Because anything that is anti-Trump is a vicious attack on the U.S. of A. by a pack of traitorous liberals.


Because a thirteen year old joke is all they've got.


A woman who was paid hundreds of thousands of dollars by a rich right winger to lie about a sexual relationship with Clinton, now accuses someone else of an affair with him without one shred of evidence.  Like I said, that's all they've got.

Michael Bresciani, Renew America:  "Perversion and immorality vs. Trump's MAGA -- Who's in the lead?"

Curtis Dahlgren, Renew America:  "Free love" isn't FREE; it is costly to society and you"


See, holding males responsible for their abuse actually hurts women, so we have to let the male abusers go.  Right, Jesse.


Sorry to break this to you, buddy, but American blacks picked a side a long time ago.  L. E. continues with one of the great examples of Republican projection I have ever heard:

"The most heinous reality that the straight-shooting 45th POTUS has uncovered is this: a good portion of the leftist media see most blacks and other dark-skinned minorities as sub-humans."


Yes, it's the left that sees blacks and minorities as sub-humans, not the now openly white supremacist Republican party.  Man, there are a lot of shameless liars on the right these days.

Jared Metzker, American Thinker:  "The Left Is 'Spinning' Out of Control...The Democrats are addicted to spin, and it’s only getting worse.  Any misdemeanor gaffe by Trump is instantly upgraded into an imagined capital offense"


Such as the "misdemeanor gaffes" of treason, trying to turn the country into a dictatorship, corrupt theft of billions to give to Republican backers, spreading Nazi style hatred, etc.


See, even the Republicans nominating an open Nazi to run for Congress isn't their fault- it's the fault of the Democrats.  I'm just surprised the guy didn't find a way to blame Obama personally.  This idiotic jerk continues:

"Democrats impugn with the insult of Nazi! Nazi! Nazi! so frequently that they have watered down to zero the horrors of Nazism.  This is yet another method by which Democrats whitewash, revise, and rewrite history.'


The Democrats have watered down to zero the horrors of Nazism!  Not Trump, who says that a lot of Nazis were pretty nice people, not the Republican party that welcomes open Nazis to run for office, no!  It's the Democrats who have made Nazism okay by pointing out that a lot of Republicans these days seem to be fine with Nazism.  Unfortunately, that is not whitewashing history, it is telling the truth.  I only wish it were false.

And now for the most lame brained example of right wing prudery today:

Monica Showalter, American Thinker:  "Another wardrobe malfunction at the Olympics?  Is it too much to ask Olympic athletes to wear professional costumes?   What's with the new skimpy costume thing now seen in ice-skaters?"


And exactly what is a"professional costume" for ice skaters?  Maybe something a little more like this? 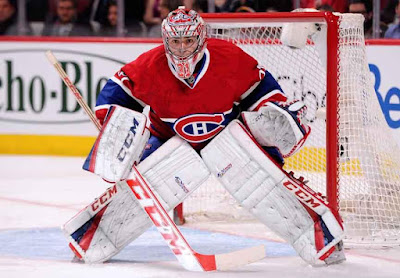 Man, talk about too much time on your hands, and not enough to be outraged about.

Justin Caruso, Daily Caller:  "Sarah Sanders Shuts Down CNN's Acosta By Bringing Up The Elephant In The Room"

Jim Hoft, Gateway Pundit:  "Melania Trump had the White House scrubbed of demons before she would move her family into the Washington DC residence in 2017...Melania Trump reportedly said, “I’m not going to go into that White House unless it has been completely exorcised,” according to Pastor Begley. One thing was left, a cross on the wall. “They cleansed the White House,” he said. “They had people in there anointing it with oil and praying everywhere.”


Reportedly.  As reported by the Christian News Service, the group that removed the thing about giving false witness from the Ten Commandments, I guess.  Sorry, I don't believe Melania is that much of an idiot.
Posted by Green Eagle at 4:28 PM

to support oppressive regimes like that in the Philippines

Duterte: Shoot 'em in the pussy!

No wonder Trump likes this guy.