Tell Us Something We Didn't Know

"A leading association of political scientists have released the data from their most recent survey and a ratings-obsessed Donald Trump is not going to be happy. They detailed their findings in the New York Times:


"James Buchanan, who was at the helm as the United States careened into civil war, was dislodged from his position as our nation’s worst president by our current president, Trump.


His Oval Office predecessor, Barack Obama, shot into the Top 10, up from 18th in the previous survey" 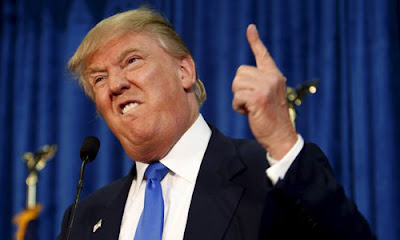 Have a nice day, asshole.  By which I mean I hope you are getting a head start on packing for prison so you will be ready if your corrupt party can't keep you out of where you belong.

Jerry Critter said…
It certainly looks like the noose is tightening around Trump’s neck. Here’s hoping his whole family (maybe not Melania) goes with him.
February 20, 2018 at 8:02 AM