Yes, there is absolutely no depth to which they will not sink.  Here's a story covered by Fox 5 in San Diego:


And here's a screen capture from the story as it appeared on the air: 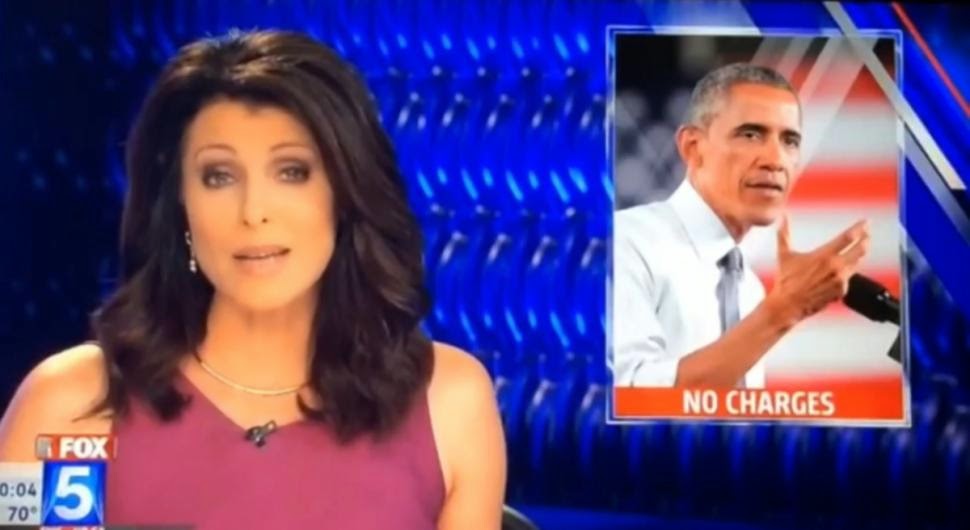 Anything about this guy look familiar?  Oh well, it was just a little mixup, I'm sure.

The station broadcast no correction, and has refused to apologize.  A spokesman had this to say"

“They really don’t do that when it’s a small thing like that.”


Calling the President of the United States a rapist, in a TV news show.  Just a small thing.  Well, I guess compared to calling him a Muslim terrorist or the Antichrist, it is.
Posted by Green Eagle at 11:50 AM

Well it's not entirely false he is raping the country

It's not a photoshop job, it's real. You could have found that out in about two minutes, but you'd prefer to remain ignorant of the truth.

you think it was intentional?

Do I think it was intentional? Oh no, how could I think that? It was just an accident that someone at the station took a picture of Obama and photoshopped the caption "no charges" at the bottom, and then someone else decided to use that photo as the illustration of a story in which a rapist would not be charged. How could that be anything but an accident?

How dumb are you, Anonymous?