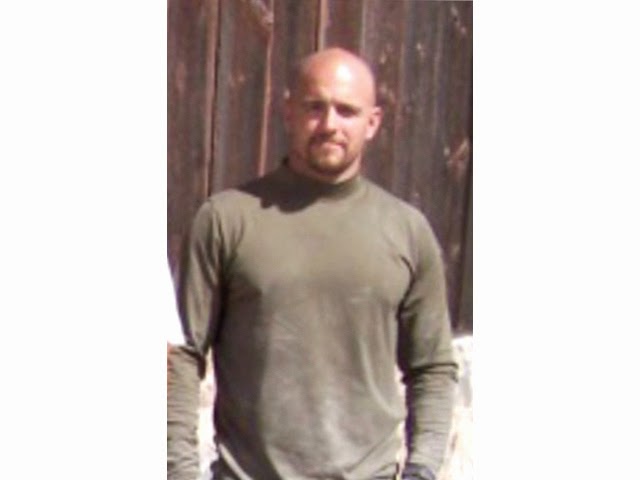 Yesterday, this guy robbed a bank, killed a bystander, hijacked a car, and then killed a young policeman, before being gunned down himself.

Mr. Snyder had a twenty year long history as a white supremacist, including membership in the National Front, once the number one neo-Nazi group in the country, and having been arrested in a violent skinhead attack on blacks and Hispanics.

I bet you can guess what word in the English language is conspicuously missing from any of the dozens of articles about this guy: yup, "terrorist."  It didn't occur to anyone at all of the news organizations reporting on this incident to question whether this person with twenty years of history as a right wing racist might be a terrorist.  Oh no, it was just a garden variety crime, which has no connection to his political past, and can therefore just be forgotten, along with the hundreds of other murders committed by skinheads, Sovereign Citizens, Christian Identity followers and all the other White haters in this country.


Update:  Well, now it's a couple of days after the crime, and it is clear that the mainstream press is taking absolutely zero interest in this story, and the minimal coverage it did get practically ignored Snyder's right wing background.  I guess these jerks are going to have to kill a lot more people before we are allowed to notice what is motivating them.

One hopeful sign, however:  Here is a listing from a Google search for him:

Well, thank heaven for that.  At least the Jews aren't on the hook for it any more.

It is unfortunate to say the least. That there is no longer a true impartial, journalistic form of reporting in the heavily owned RW MSM.

If he was a Muslim, they would have called him a terrorist.

I wish more people realized that even though Islamic terrorism is real and dangerous, the far more immediate threat comes from terrorists on our own soil. White supremacists, sovereign citizens, etc. are dangerous and need to get more media attention.

Well, certain people have a vested interest in covering up the increasing violence that their incitement is producing.

I suppose it was the RW MSM who blamed Sarah Palin within 10 minutes of the Gabby Giffords shooting?
MSNBC much?

Sarah Palin is one of many Republicans who have deliberately incited violent hatred in their followers, knowing perfectly well what the result will be. Yes, I do hold her responsible for doing her part to generate this upwelling of evil in our country.

It's called push back.
I blame dems especially the slug Harry Reid and Obama using the podium to bash those who disagree with them.
It was Holder,Obama and the hands up don't lie that incited the destruction of Ferguson,all democrats
And the LW MSM

I suppose Sarah Palin incited
this?

This wasn't a hate crime(which I believe it was) because it sure looked like he was targeted for being white and they really wanted to just hurt someone.