January 27, 2016
I'm not even going to try to deal with the Bundy shootout today- I'll give the wingnuts a couple of days to stew in their fury, and then get back to you with the results.  So, onward, for what has been a sort of uninteresting time on the right.  Sorry- I can't make the crap up for you:

Today's Wingnut Wrapup is in celebration of this glorious news:


Busted! I never thought I'd live to see the day. 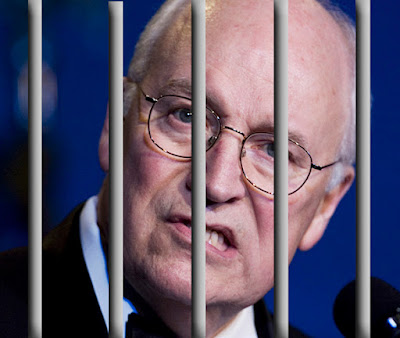 
Oh, okay, then.  I guess it wasn't corrupt, greedy bastard Republicans that would rather give the State's  money to their rich backers than spend it keeping people safe.  My mistake.


The only reason I included this item is that, as a former Cambridge graduate student, I'd like to know what the hell this God-forsaken place has to do with Cambridge. Turns out that it is a


Oh, I see.  It has absolutely nothing to do with the real Cambridge.  "Cambridge" just sounded so much more intellectual than "Seminole, " I guess.


Easy solution to that one, Conservatives:  Stop being stupid and vicious.


By the way, when an enemy's military craft enter your territorial waters, and you detain them, they are not hostages.  They are legally detained combatants.


Curiously, Ethel could not find a single "climate changer" that appears to have been shocked and puzzled.  Ethel doesn't mention that the last two years are the hottest ever recorded, nor does she mention that snowfall is actually greater when the temperature is closer to freezing than when it is colder, because cold air can not hold as much moisture.  Oh well.


Walter Williams (yes, a black man,) Town Hall:  "Last July, Anthony Hervey, an outspoken black advocate for the Confederate flag, was killed in a car crash. Arlene Barnum, a surviving passenger in the vehicle, told authorities and the media that they had been forced off the road by a carload of "angry young black men" after Hervey, while wearing his Confederate kepi, stopped at a convenience store en route to his home in Oxford, Mississippi. His death was in no small part caused by the gross level of ignorance, organized deceit and anger about the War of 1861. Much of the ignorance stems from the fact that most Americans believe the war was initiated to free slaves"


Walter goes on to tell the usual right wing lies about how so many slaves just LOVED their owners, and went right out and fought for them.

Too bad for you, Anthony, but sometimes being one of the biggest jerks in the country is enough to get you killed.  And as for you, Walter, rot in hell.

Now, a good question asked at a Republican website, in the form of a graphic, for those of their followers (just about all of them) who can't read too good: 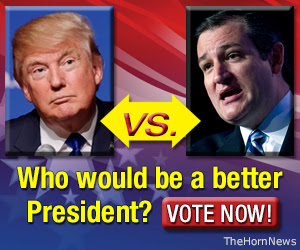 Nice, huh?  Thinking about this led Green Eagle to ask the following question: 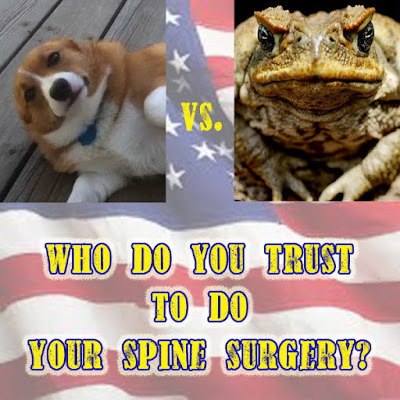 Christine Rousselle, Town Hall:  "The March for Life, the largest pro-life gathering in the USA, will go on as scheduled despite the massive snowstorm gearing up to hit DC on Friday, the day of the March."


Of course we all know that gay people cause tornados, but bite your tongue if you claim that God might be sending a message to the organizers of the "March for Life."

Donald Lambro, Town Hall:  "Crazy Candidates, Crazy Election...If you are among those voters who think that America's 2016 presidential election has become the laughingstock of the world, you are not alone."


Hint: It's not the election that has become a laughingstock, it's the Republican party.  No one is laughing at Hillary or Bernie.


This story is all over the wingnut world today.  No word about how many of the hundreds of weapons seized came from gun shows or straw purchasers in the United States, of course.


That is apparently a good thing if you are a Conservative.


This is probably my favorite comment today, illustrating as it does, not only the complete ignorance which Conservatives have about the Constitution as it really is, but in addition shows the fact that they are willing to tell any convenient lie without a moment's fear that one of their millions of ignorant followers will check the Constitution for themselves.

Here is what the actual Constitution has to say about who is eligible to be President:

"No Person except a natural born Citizen, or a Citizen of the United States, at the time of the Adoption of this Constitution, shall be eligible to the Office of President"


Missed that second part, huh, Matt?  You can find the text of the Constitution online in about one minute, and find this passage in article 2, in very little more than that.  But who cares, when it doesn't say what they want?

"…And that’s the Democrats’ problem, right there.  They’re dull."


Dull.  Well, I guess Idi Amin was never dull.  Hitler was never dull (unless you had to listen to his speeches.)  Dull is worse than batshit crazy, I guess.


A rebellion of jackasses.

Washington Times:  "Media on Palin's Trump endorsement: Is this a joke?"


I won't bore you with all the details of this incredibly boring article; let me just say that it seems to depend on Pendley's discovery that this passage:

"The Congress shall have Power to dispose of and make all needful Rules and Regulations respecting the Territory or other Property belonging to the United States; and nothing in this Constitution shall be so construed as to Prejudice any Claims of the United States..."


Well, if anyone should know who is nasty, Rush Limbaugh would be the person, right?  By Rush Limbaugh's standards, of course, not even Jeffrey Dahmer qualifies as nasty.

World Net Daily:  "FLINT WATER CRISIS A HOAX?  'It's just a crock, for this to be perpetuated is doing a lot of damage'


Well, if anyone should know what a hoax is, I guess it would be World Net Daily.  They've lived off of hoaxes for years.


The nerve of these people- to want to be reunited with their families.  Muslim terrorism at its worst.

News Machete:  "Falsified temperature data shows that 2015 was the hottest year ever. This exceeds the previous falsified record high of 2014, which exceeded the falsified record of 2013, and so on and so on. "


Well, I guess that answers that.   It's all just a hoax after all.

And the delusion of the week:

Mike Flynn, Breitbart:  " RUBIO SHOULD HAVE RUN ON ‘ELECTABILITY’…"


Well, he sure as hell can't run on having any answers to our nation's problems, or being an adult.

And that's all I've got too.