What follows are four screen shots I took from a video that can be found on one of the largest right wing websites, and which was undoubtedly seen by thousands of people. I thought it might be interesting to show them here.  And let me remind anyone who may have forgotten that the "Khazarian Mafia" is right wing speak for Jews.

Stalin and Roosevelt were plotting to take over the world.  That's obvious, because both of them, and Winston Churchill too, are Jews.   And how do things stand now? 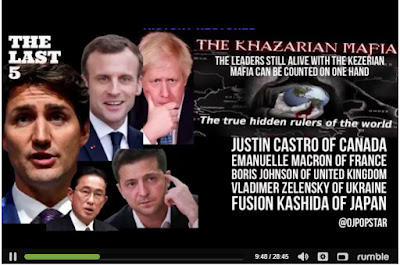 Note that they can't even spell "Khazarian" right twice in the same graphic.  By the way, just a couple of questions:  First, where are Obama and Biden in this list?  And secondly, who the hell is Fusion Kashida of Japan, someone who is apparently so sinister that he has totally kept his name off of Google? 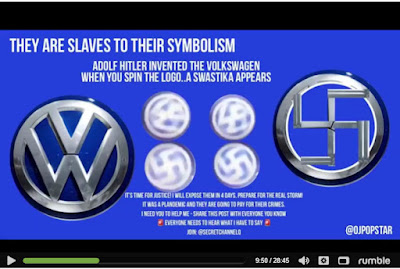 When you spin the logo of the Republican party, a pile of dung appears.  Well, no it doesn't, but spinning the VW logo doesn't make it turn into a swastika either.  By the way, this all seems to have something to do with Covid, which will all be revealed in 4 days.  Right. 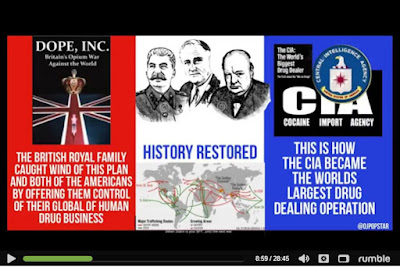 It is all connected to the British Royal Family, who are so clever that they can't seem to avoid stumbling from one family scandal to another, and the CIA.  And that is the true history of the last century.
Anyway, it is important to remember that most people, particularly those of limited intelligence, are far more influenced by visual things than by reading or listening.  It hardly makes any difference what idiotic, lying smears are repeated while these images are on screen.  This is how millions of Americans get their opinions, and there is absolutely no way to fight it with reason or an appeal to human decency.
And where does all this lead?  Well, here is another website I saw today, featuring the ultimate blood libel, still alive after all these years:

I made it one second into this video, before finding this: 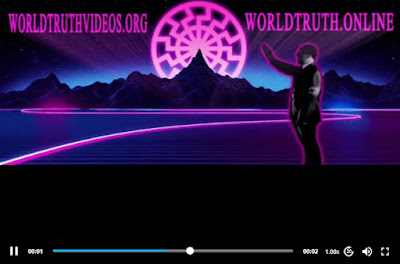 They don't even need to hide who they are any more.