The Man Who Should Have Been President

April 29, 2015
If both the Republican and Democratic parties hadn't conspired to destroy him when he had a real chance, because neither one of them likes the truth that much. 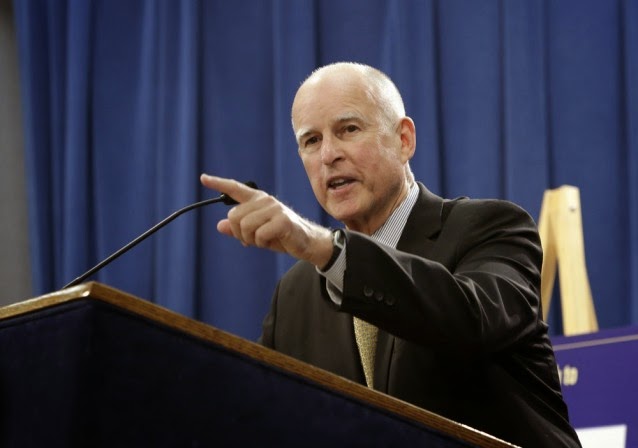 "On Wednesday morning, four-term California Governor Jerry Brown issued an executive order that aims to reduce California’s greenhouse gas emissions by 40 percent below 1990 levels by 2030. Brown called it the most aggressive GHG target by any North American government to date."


Oh, and did I mention that he turned the Republicans' giant budget deficit into a surplus within two years, without savaging education funding and without making poor people bear the cost?  And he has seen a dramatic turnaround in the business and jobs climate in California, despite Republicans' endless whining that high taxes are driving all our jobs to Texas?

Oh yeah, this is Governor Moonbeam, the guy who is just too wacky and out in left field to be trusted to run things.  Imagine what this country would be like today if he had been President from 2000 to 2008, instead of you-know who.  Or don't- it's really too depressing.

johninoregon said…
Amen. Back in the day, I worked briefly in his Office of Appropriate Technology. He understood the sustainability stuff well before the term was in common use.
April 29, 2015 at 9:39 PM

Magpie said…
“Imagine what this country would be like today if he had been President from 2000 to 2008, instead of you-know who.”

It’s a stretch but maybe no 9/11.
But had it happened anyway… the failure to prevent it would have been a STFU throwaway that the Right would be yapping on about non-stop for easily the rest of our lifetimes. Every other thing they say would be footnoted ‘and don’t forget the 3000 dead on 9/11” instead of “gee wouldn’t be great if the country would come together like it did on 9/12”.

Katrina… the world probably wouldn’t have been treated to the daily 6 o’clock news spectacle of bodies rotting for days on the streets of a major US city after the hurricane. That might have been better handled.

A little late responding to your comment, but maybe, even if there had been a 9-11, it would not have turned into an excuse to gut our laws and let the security state go hog wild.
May 4, 2015 at 12:32 PM