Ta-Nehsi Coates:  "When nonviolence begins halfway through the war with the aggressor calling time out, it exposes itself as a ruse."


You see, here is the side we are supposed to meet halfway: 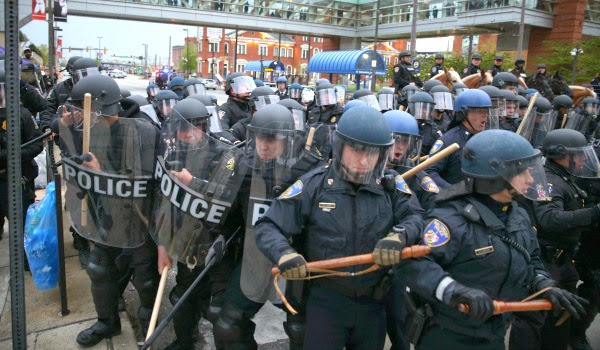 And here's our side: 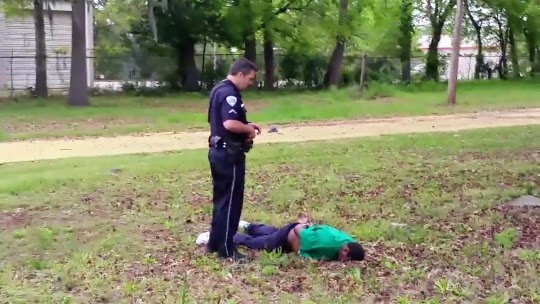 So, this seems to be the well established rule:  They get to kill us whenever they feel like it, and then when we don't like that, we are supposed to meet them halfway, by doing nothing that is likely to change their current status.  If we do decide that this deal isn't good enough, they get to beat and kill a few more of us, to which the proper response is some prayer vigils, or maybe a petition.  Then, we bury our dead, the police cross their fingers and promise for the thousandth time not to act like thugs, and everybody agrees that the system worked.

Well, to hell with that.  I've lived in Baltimore, and I've seen the hopeless slums five minutes walk from streets of magnificent eighteenth and nineteenth century buildings, and only a little farther from a vast tourist development in the harbor that the city paid hundreds of millions to build, and which is just about useless to the residents of the aforementioned slums.  My attitude: if they burned it all down, it would be no more than the city of Baltimore, and a lot of other cities in this country, deserve.

Anonymous said…
Like thugs never kill cops
FYI Freddy Gray's spine was deteriorated from years of drug abuse
And he was a drug dealer with a long rap sheet.
You act like the cops just go around killing people for sport
April 28, 2015 at 6:16 PM

Yes, aren't we all tied of and disgusted by all those recent reports of all those thugs shooting cops?

"FYI Freddy Gray's spine was deteriorated from years of drug abuse
"And he was a drug dealer with a long rap sheet.
"You act like the cops just go around killing people for sport"