About time for a real Wingnut Wrapup.  They have pretty much run out of new ideas and are just recycling the old ones from the glory days of The Greatest President Ever, but it would still be a good idea to remind ourselves how literally psychotic they are these days.

"The New York Stock Exchange aka WALL STREET which has AUSTRALIA listed has been seized under Executive Order 13818 is now property of Donald J Trump."

Not quite sure how that worked, but it's on the internet, so it must be true.  I guess he can put up toll booths on it, and charge admission to anyone who wants to get into the stock exchanges.

"Things are heating up, 23 Quadrillions earmarked cleared and set aside to start the release of working capital for yet undecided and cleared pending transactions."

Keep this in mind, from an actual source:

Boy, it will take a while to pay that off.  And they are having strokes over Biden's stimulus package.

"DALLAS COWBOYS TELL THE WORLD! " THE VACCINES ARE NOT WORKING!"

And who would know better than football players?

Moving on, I bet you didn't know this: 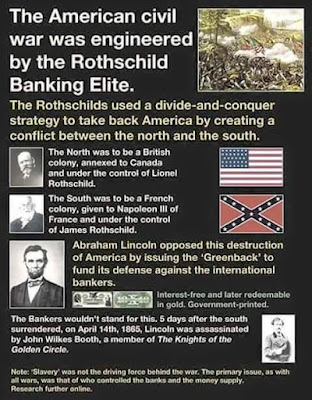 You mean it wasn't "engineered" by white Southerners yearning to be free?

Who left the State with a massive debt, which has been totally wiped out by the succeeding 22 years of Democratic rule, which has seen the State become the fifth largest economy in the world.  Tell me again how it's the Republicans who are the friends of business...

Ben Shapiro:  "The failure of the CA recall is a reminder to Republicans still in the state: the decline is now inexorable. Get out while the getting is good, and move to a purple or red state. Your life will radically improve."

If you don't die of Covid.

It's good news for John McCain.

"California Governor Gavin Newsom survived the rigged recall election on Tuesday.  There was plenty of opportunity for rampant fraud because there is no chain of custody with ballot harvesting, mail-in ballots, ballot drop boxes and printing ballots from home."

Other than the fact that none of this is true, she has a point there.

351,000 “Yes” votes disappeared from totals in the recall election live on CNN.

No serious person even considers this an election."

I'd love to hear her definition of "serious."

But Newsom won by a landslide." 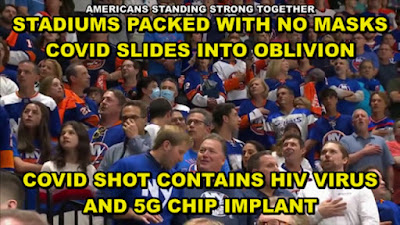 So, Trumpers, kill yourselves.  We don't care any more.

"16 to 17 million people have already died in the US from the Covid vaccines."

Benjamin Fulford:  "It Could Take Men With Guns to Defeat the COVID Mafia"

"In this video, Benjamin Fulford startles his audience when he suggests, “We’re going to have to start shooting people”

Which is fine, I guess, as long as Republicans get what they want. 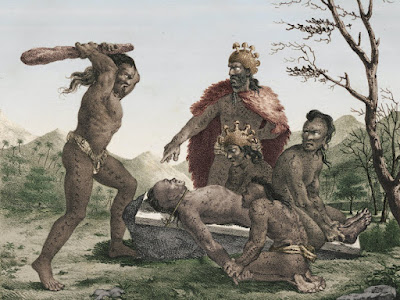 "Jesus God in heaven! No wonder people and children are dying of blood clots from that shot. Lord, Father , we ask you humbly but with great urgency, please deal well with these demons who seek to murder us. Thank you, Father. In Jesus’ name, Amen.  Looks as if it boils down to a battle between The Son of God and ol’ Lucifer himself trying to take over the world."

Maybe it's the anti-vaxxers, who have already killed about half a million Americans, who are the satanic ones.  Ever think of that?

"Murdering psychopath Fauci exposed!  Fauci’s Premeditated Murder Plan Unveiled! Dr. Zelenko Confirms That People Are Sacrificing Their Children And Themselves To Moloch By Taking The Lethal Injection With A 100 To 1 Kill Shot Ratio!

Dr. Lorraine Day has confirmed that Tony Fauci is a Jew as well as Bill Gates!

Don’t take any ju jabs or  give up your guns for the ju grab or you will be going to your doom!  Zech. 13:8 tells us that 2/3 of the white race will perish which are the True Tribes of Jacob surnamed Israel"

And what is Conservatism without a nice dose of anti-Semitism?

Man, that's nothing.  Mike Adams has already counted 16 million.  Get with it, guys.

"Warning! 5 days before the Financial Collapse – The Banks Will Collapse Very Soon – Coming Chaos: No Banks, No Public Facilities, No Food And Rampaging Gangs of Desperate People"

I tried to find this Supreme Court ruling and didn't have any luck.  And I can't even hear anyone screaming out the truth about anything, either.  Must be quiet screaming. But it is the TRUTH, because it is on the internet.

Natural News:  "Brannon House of WVWtv.com has published another bombshell interview with retired 3-star General Thomas McInerney, who is openly calling on President Trump to recognize severity of the cyber war assault on America by invoking the Insurrection Act, suspending Habeas Corpus (as Lincoln did) and initiate mass arrests under military authority.

his call by Gen. McInerney, a highly-accomplished military veteran and loyal patriot, appears to be stemming from a realization that much of the existing government has gone rogue and is now colluding with enemies of the nation. State governors have gone rogue, court judges have gone rogue and state election officials have willfully engaged in coordinated, treasonous election rigging in order to achieve the overthrow of the executive leader, President Trump.

When government officials go rogue, and courts cannot be trusted, military authority can be invoked by the President, complete with mass arrests of treasonous actors"

An interesting interpretation of the Constitution.  I remember the stuff in there about what you are allowed to do when leaders "go rogue."

Shari Raye:  "Trump put a tweet out there Monday and it had 17 Q's in it, and 17 is for Q.  The FBI is involved in the disappearance of Gabby Petito...They're saying that the White House is now in Phoenix."

Well, that proves everything.  The White House is now in Phoenix, which apparently has something to do with a dead white girl.  And 17 Q's!!!!

We'll see how that works out.  Actually, I wish it were true.  It's about time  some right wing State goes it on its own, as they are already promising, and we can see how they do without the Federal government and the money it pours into their economies.

Mike Adams:  "Globalists Are Betting on 90% of Humanity Being Easy to Kill!!"

Well, I don't know about humanity, but 90% of the Republican base seems to be easy to kill- just tell them that the cure for a deadly virus is a Communist plot.

"Aaliya is playing Kamala.  Aaliya is a singer who faked her death several years ago." 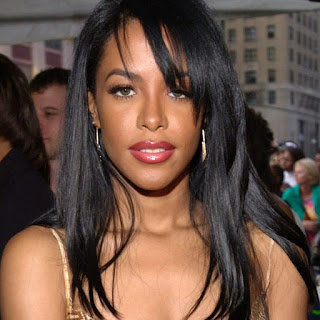 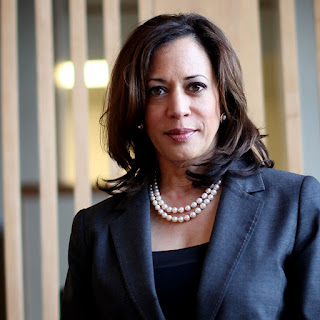 They all look alike.

And now a totally accurate prediction of the near future:

"On Thurs. 30 Sept, without the US Senate agreeing to up the US National Debt Ceiling, the US government would be officially broke and shut down.

Fri. 1 Oct. 2021 Restored Republic: The Republic would be Restored to concepts of the Original Constitution and the Bankrupt Cabal no longer has control over US Taxpayer dollars. No more Federal Reserve. No more IRS. Shutdown of the Cabal’s US Inc. Corporation government – while it’s President Joe Biden was nowhere to be found.

We would make the changeover to the Restored Republic at midnight tonight Thurs. 30 Sept.

The new Space Force Program will consist of the Navy, Air Force, Army, Marine, Coast Guard and all Banks. All would be connected by Sat. 2 Oct. Tracking of financial information would now be done by Space Force."

Because nothing says freedom like martial law. And with that, I have run out of patience.