The Revolution Will Not Be Televised

Because nobody showed up.

Scenes from the noble resistance: 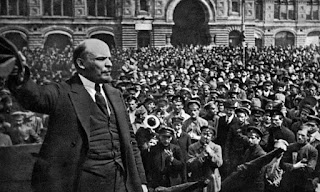 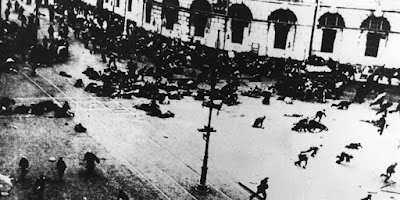 Oh wait, that was from a real revolution.  Here's the action today: 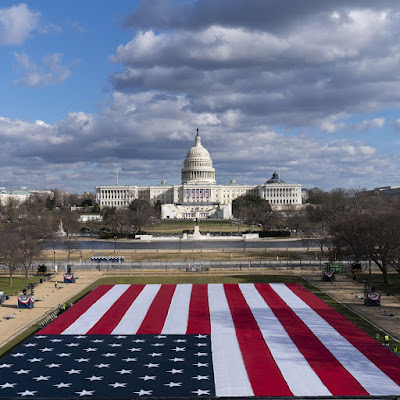 The great patriotic revolt against the evil Communist Biden was nowhere to be seen today.  Right wingers confidently predicted that millions of armed patriots would show up today in Washington to prevent the traitor Biden from ever making it down the street from the Capitol to the White House.  But apparently the prospect of a little razor wire and a National Guard force that they thought they would outnumber a hundred to one was enough to scare them away.

As I have always said, these people are big talkers but when it comes down to it they are miserable failures at delivering on their vicious promises.  Sure they are capable of some real horrors if they can catch people off guard like cheap thugs, but in the end they are a pathetic bunch of bullies, and like bullies everywhere they are scared away easily.

Well, it will be interesting to see how the wingnuts explain all this away.  Sort of.

Infidel753 said…
They do tend to talk big on the net but then fail to deliver. The big Day of the Rope is always some ways in the future, never today.

Seeing members of the Capitol lynch mob all over the country being fired and arrested like the ordinary criminal schlubs they are probably didn't help.

There's some chance they'll react to the implosion of their fantasies by turning on each other. I was reading a comment thread at Gateway Pundit earlier today, and a fair number of commenters were angry at Trump for failing to warn them that QAnon was bullshit. They all still think Biden is a "pedo" election-stealer, but they can't agree on what went wrong or what to do. With any luck, they'll turn a lot of their moron rage against each other instead of us.
January 20, 2021 at 4:32 PM

Green Eagle said…
Well, we've already had the years of the dope, so I guess there is nothing to do but wait for William Pierce's hate-fantasy to come true.
January 21, 2021 at 11:38 AM