Impeachment vs the 25th Amendment 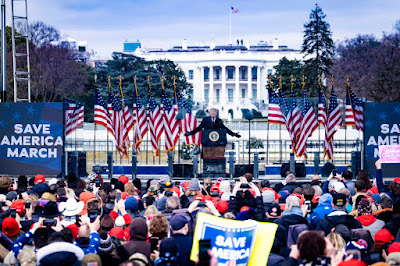 The President of the United States inciting treason against our country

This was clearly intended to provide for an orderly functioning of government when the President was incapacitated; i.e. prevented from carrying out his duties through no fault of his own.  When Ronald Reagan was shot, for example, or if a President had to undergo emergency surgery, his inability to function would not reflect in any way on his general capacity to carry out his duty, or his moral fitness to be President.

This is not at all what happened here.  President Trump is fully capable of carrying out his duty; he simply refuses to do it.

Enacting 25th amendment provisions carries with it the implication that it is not any way the President's fault that he is unable to function; i.e. it absolves him from all responsibility for his behavior, and turns him from a villain into a victim.

Impeachment, whether or not the corrupt Republicans in the Senate once again refuse to carry out their sworn Constitutional duty (it is overwhelmingly likely that they will) marks Trump as the anti-American criminal that he is, not a victim of unfortunate circumstances.  Trump must be given no help in lying his way out of responsibility for what he has done.  Whatever action is taken must make it crystal clear that his behavior was evil and directly attributable to his own decisions.  Republicans must never be given ammunition to claim otherwise.