That, once again, every "expert" in the country, across the political spectrum refuses to state directly:

We now know that the Secret Service, the Department of Homeland Security and the Defense Department destroyed large numbers of their communications from the January 6th coup attempt.  The notion that this was the result of hundreds of people across all three of these agencies unanimously deciding on their own to ignore legal requirements to preserve their records is colossal nonsense.

There is only one person in the entire world that could have ordered the deletion of this material in all three of these government agencies. 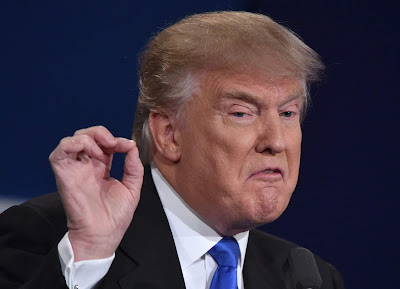 But Merrick Garland and Biden seem content to hide behind some sort of absurd legal nit-picking and will likely never prosecute this person for his wanton, criminal destruction of the proof of his treasonous attempt to overthrow the government, let alone for that manifest treason itself.

Democrats who will run from the obvious as fast as they can, and Republicans that will twist the law and the Constitution into any sort of malignant distortion to destroy Democrats- that is the state of our legal system today.  We know that, if Republicans take over the House in November, Biden, Kamala Harris, Garland and a whole raft of other Democrats are almost certainly going to be impeached for nothing but revenge, without a real cause in the world.  The prospect of that seems to be just fine with politicians and the press, but bringing Trump to justice for what we all know he did is just way too far to go.