We've seen, in the last few years, a collection of (naturally, Republican) new members of Congress who are as delusional and out of control as anyone since slavery proponent Preston Brooks beat a Senator on the floor of the Senate so badly that the injuries took three years to heal.  The attack by Congressman Brooks went essentially unpunished, and became a major incitement for the secession of pro-slavery States. 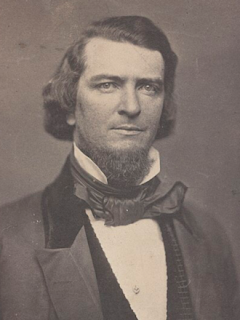 Well, we have a similar problem now, with the likes of Paul Gosar, Madison Cawthorne, Marjorie Taylor Greene, Lauren Bobert, and undoubtedly more in the future.  None of their belligerent threats have reached the level of actual physical violence yet, but they are doing all they can to provoke it.

The obvious response to this hateful behavior is to eject these people from Congress, as they are patently incapable of doing their duty to the American people.  Unfortunately, as with Preston Brooks, the forces of hatred and racism are too great to allow the 2/3rds vote that would effect this.  The best that has been done at this point is to strip Marjorie Taylor Greene of her committee assignments, leaving her with essentially no function as a representative.  Perhaps some more of these jackasses will also be subjected to this humiliation.

But there is a curious sort of downside to this treatment.  Because, now the taxpayers pay Marjorie Taylor Greene to spend her entire time spreading Republican lies and hatred, and give her the status of a congressperson to do it with. We've helped her turn herself into a right wing star.

And obviously, that is all she cares about.  She is far more useful as an inciter of  mindless Republican intransigence than she could ever be at something as uninteresting to Republicans as writing laws and working to enact them.  It's worked very well for her and the other Republican performance artists, so expect to see more of this, at the expense of the public.

Eva Wilson said…
I have read so many content on the topic of the blogger lovers however this piece of writing is actually a nice paragraph, keep it up.

Burr Deming said…
As I recall my history, Preston Brooks attacked while Senator Sumner sat at his desk in the Senate chamber doing some paperwork. Brooks used a cane with a heavy metallic tip as his weapon. Surprised, Sumner was unable to stand or defend himself. Brooks continued to attack even as the Senator lay unconscious.

Conservative legislators of the day celebrated the attack and jeered at Sumner as too cowardly to return immediately.
December 3, 2021 at 11:36 PM

Jerry said…
I hope as time goes on we can rid ourselves of our violent nature. It seemed perfectly acceptable that Hamilton and Burr would have a dual and of course one would be dead. I would like to think that if that kind of attack would happen today there would be criminal charges and an expulsion for the attacker, but I wouldn't bet my house on it. I wouldn't be surprised at all to see some physical violence in the Congress by Congresspeople. Assassination of political leaders is not that rare in America.
December 11, 2021 at 11:00 AM