Republican Delusions, In One Graphic

October 28, 2018
In a previous post, I paid some attention to the graphics on the recent right wing terrorist's van.  I would like to focus on a single one of these graphics because it so fully displays the fictional looking glass world that Republicans live in.  Here it is: 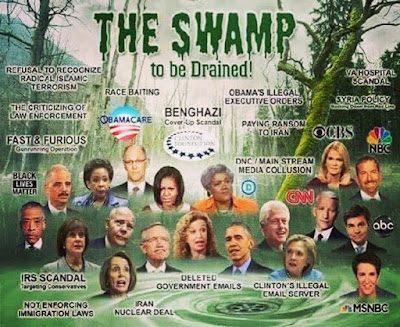 This is, of course, simply a total lie.

The criticism of law enforcement

As if it is an act of subversion to comment on the obvious out of control behavior of the nation's police forces.

Blamed on Democrats, even though it was started by Republicans, and of course an almost nonexistent problem outside the fevered minds of rage-drunk Republicans.

Again, it simply never existed, except as a Republican lie

Yes, the Democrats are the ones doing the race baiting

The abomination of giving health care to 22,000,000 Americans

Another gigantic Republican lie, played out in front of the American people for years

Obama's use of executive orders was totally in line with the use made by past Presidents, and mainly extended to noncontroversial things like creating national monuments.  On the other hand, Trump has used executive orders constantly, to evade and flout the law, over and over again.

A lie.  Iranian money was returned to Iran after it was confirmed that Iran had kept its end of international agreements.  To have kept the money would have been nothing but a multi-billion  dollar theft.

Anyone who reads this blog knows how ludicrous this claim is.

The truth:  The VA hospital system regularly receives patient evaluations that are far more positive than the civilian hospital industry.  The only major criticism of the VA is wait times, which are one hundred percent the result of Republican funding cuts.  One more example of  Republicans deliberately sabotaging government programs and then claiming  their failure proves that government doesn't work; an open strategy of the Republican party for decades.

Absolutely zero proof that anything of substance was ever deleted.  On the other hand, the Bush administration "lost" 22 million e-mails before it left office, without one Republican ever saying a word about it.

The e-mail server was not illegal; it was in conformation with the practice of previous Secretaries of State; and there is absolutely no evidence that any information on that server was ever compromised.  Yet, the Republicans, with the cooperation of the mainstream press, turned this gigantic lie into the most covered issue in the 2016 election.  On the other hand, we now know that Trump's criminally irresponsible use of unsecured means of communication has absolutely resulted in the Chinese and Russians spying on his conversations, and not one Republican gives a damn.

Whatever "enficing" means, Obama deported more people than any other President.  The number of deportations has actually decreased under allegedly tough on immigrants Trump.

A highly successful deal negotiated by six world powers, which resulted in a cessation of Iran's nuclear program, but which Republicans have portrayed to the American people as some sort of act of pro-Muslim terrorist high treason.

No clue, really, what Obama was supposed to do differently here, except probably for a lot more bombing and killing.


And there you have it- a virtual encyclopedia of Republican delusions about Democrats, except for the Pizzagate stuff or the thing about them all being reptiles from outer space. This is the world of lies- lies told largely to themselves- in which Republican voters live.  It is a world of utter delusion, and it is destroying our country.

1 Money for the rich

Green Eagle said…
You are right there, as I have said many times. And not just any rich; just enough of the ones like the Koch brothers and the Mercers, to cough up enough money to buy elections and keep their Republican stooges in power. That amounts to maybe two thousand families. The rest of us can just rot and die, no matter how much money we have, for all they care.
October 29, 2018 at 1:57 PM

bluzdude said…
Social issues are just methods Republicans use to get people to vote against their financial interest. Their "Prime Directive," so to speak, is to do whatever the big donors want them to do... cut taxes, reduce regulations, etc., all of which put more money in the hands of the rich.
November 5, 2018 at 10:54 AM