Impeachment! The Demand Swells All Over The Country

As Is Green Eagle's custom, here is a selection of pictures from Impeach Obama Week II events all over the country, demonstrating, I think you will have to agree, just exactly how mighty this movement has become: 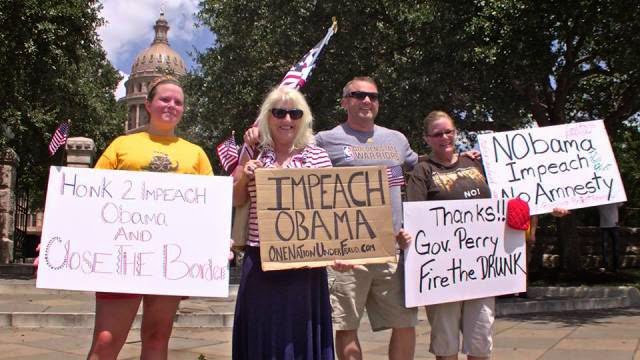 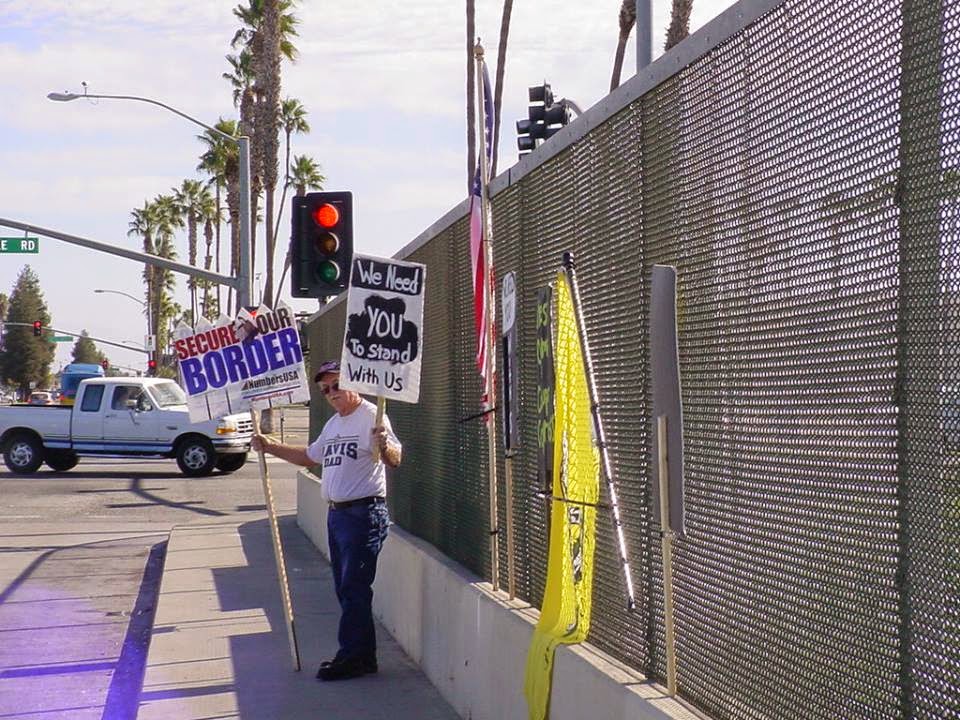 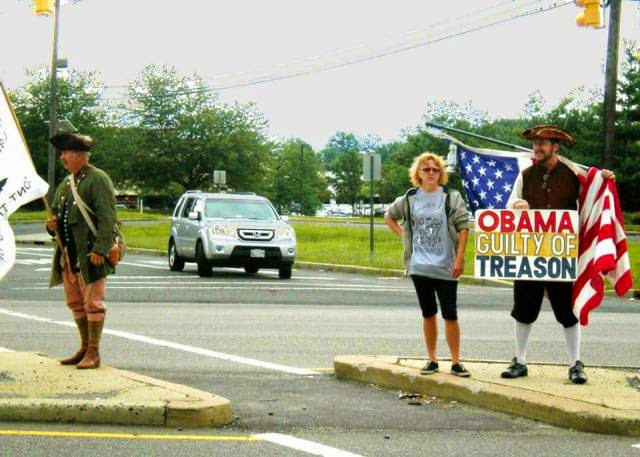 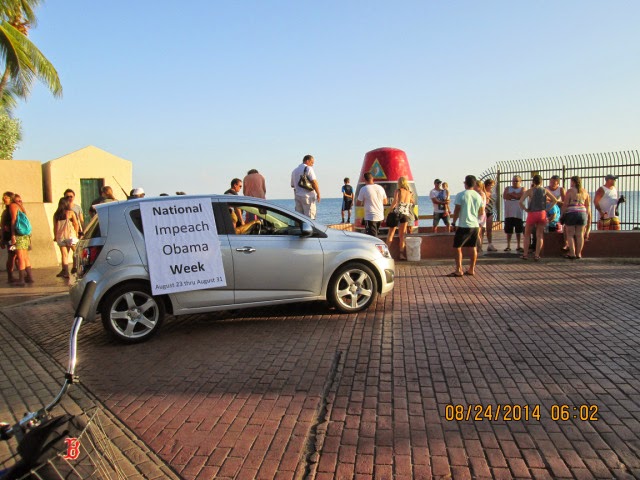 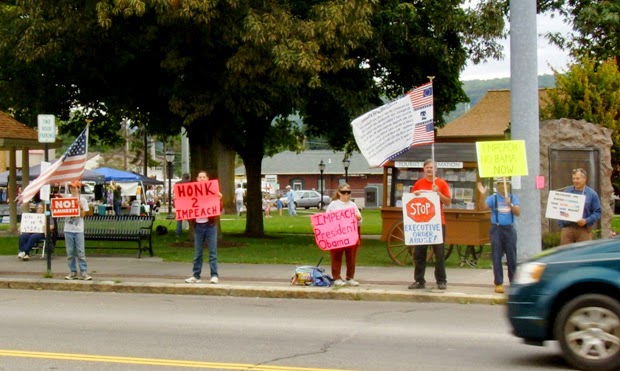 Somewhere in Ohio.  Couldn't make it past the front lawn, huh?

And my favorite one of all, from Jacksonville, Florida: 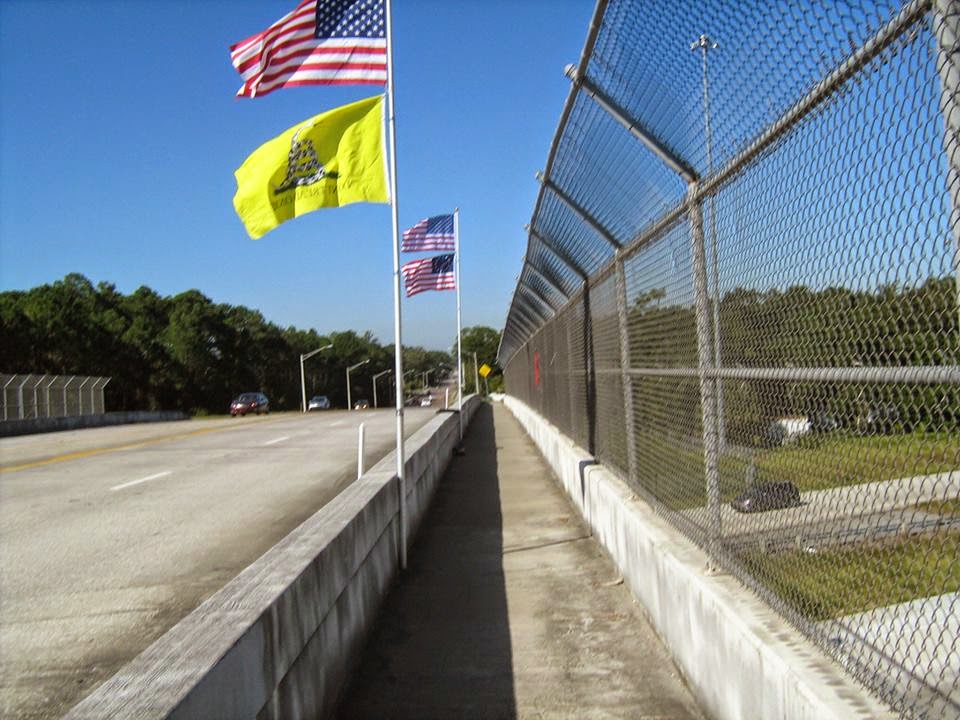 Yes, this movement is such a miserable failure that they actually had to post a photo bragging about an event in which, apparently, nobody showed up.

All in all, a total visible attendance of 19 at seven events.  That makes the eight who showed up at the Simi Valley event Green Eagle attended seem like the crowds in Tiananmen square.

What is the word that describes a condition beyond pathetic?  I don't know what it is, but boy, it sure describes this movement.

And yet, at least 19 Republican members of the House of Representatives, a number equal to all of the protesters in the above photos, have openly advocated impeachment, and an overwhelming majority of Republican House Members voted to sponsor a bogus lawsuit against Obama which is widely seen as a precursor to an impeachment attempt after the election.

This entire "movement" is a perfect example of how Republicans and their sociopathic rich supporters generate a 100% synthetic appearance of a right wing groundswell to support what they want to do anyway.  Of course, if the captive mainstream press in this country were not utterly incurious about the validity of these endless deceptive games, this tactic wouldn't work, but there you go- as I have said so many times, Democrats could rip Republicans to shreds any time, but they cannot beat Republicans and the press working together.

Zog said…
"but there you go- as I have said so many times, Democrats could rip Republicans to shreds any time, but they cannot beat Republicans and the press working together."

I wish the first part were true.

Let's take a look at the chart you posted a month ago.

The Democratic leadership is saying that there's been a recovery, and that may be true by the traditional definition of recovery. The Dow Jones has shot up, but most people don't have large bundles of stocks. For the bottom 90%, there has been no recovery; they are worse off than they were back in 2009.

Most Democratic bigwigs aren't even mentioning this problem.

Then we have Steve Israel of the DCCC - www.downwithtyranny.com keeps mentioning him. Israel has several policies for funding Democratic candidates for the House:

(2) Concentrate on Blue Dogs and DINOs. Don't give anything to progressives.

That's not a path to winning.

Green Eagle, it's been several days since you made your response to my comments in the "Honey Boo-Boo" thread, and I just read it.

The short version of my response: "Here Comes Honey Boo-Boo" (HCHBB) isn't made to make liberals look un-American. However, there's a right-wing movement to deny poor whites the right to vote. HCHBB serves that purpose by portraying poor whites as buffoons who are unfit to have such a right. This bit can be continued there.
October 29, 2014 at 1:06 PM

Sarah Palin said yesterday that she might run for office again, to "bug the crap" out of liberals.

I don't think you realize what a powerful factor this plays with Conservatives. And to a large extent that is what Duck Dynasty, Honey Boo Boo and other shows like this are about- rubbing the liberals' faces in the thought that their opponents can be as willfully stupid and hateful as they want to be, but they still have votes and there's no way to get rid of them.
October 30, 2014 at 6:05 PM

Shaw Kenawe said…
"What is the word that describes a condition beyond pathetic?"