More of the finest in self-serving lunacy, from our counterparts on the stupid side of the aisle:


Because of course he did.  He danced in the streets.  Right after he celebrated Communism and Sharia law too, and had a picture of Satan tattooed on his chest.

Matt Vespa, Town Hall:  "Bush To Romney: Hey, Let's Talk About How We Can Avoid A 2016 Bloodbath"


Stay home.  That's about all I can think of.


The Green Dragon?  You mean the inn in Martin Chuzzlewit?  I didn't even know that was a real place.  And you think she calmed down after that?

"The goal of Illuminism is imposition of a worldwide totalitarian occult pagan state. During the 20th century Illuminism took the form of scientific socialism and scientific communism. Today it is 'green' Technocracy, a scientific dictatorship calling for the radical transformation of traditional Western economics, government, law, energy, orthodox Christianity, and humanity, which is why it maliciously fosters the atheism, amorality, envy, chaos, blood-letting and revolution necessary for the undermining and overthrow of already existing governments."


Well, there you go.  I guess that settles that.  This miserable nonsense goes on for a couple thousand words, including a long section claiming that evolution and quantum physics are forms of occult religion.  And people actually believe this.


Why?  WHY?!!??!?!  Why isn't it treason?  Why isn't what treason?  Oh when Obama sent five people home from Guantanamo after twelve years in which the government could not find anything to charge them with.  And when Obama wouldn't let coal companies ruin the planet.  And his "long record of lying."  That's treason too.  It's all treason.  Off with his head.

Republicans deliberately destroying the economy to make Democrats look bad while the Dems are stuck trying to fix the damage Republicans did, or conspiring with foreign leaders to undermine our foreign policy?  That's not treason-that's patriotism.


I guess Jesus violated the eighth and tenth commandments too, when he fed the poor.  What passes for Christianity among right wingers is so sick that it's hard to believe that anyone takes it seriously.


Pretty amazing considering  that UK no-go zones don't exist.  But then, look at all the "tensions" that God sparks, and he doesn't exist either. 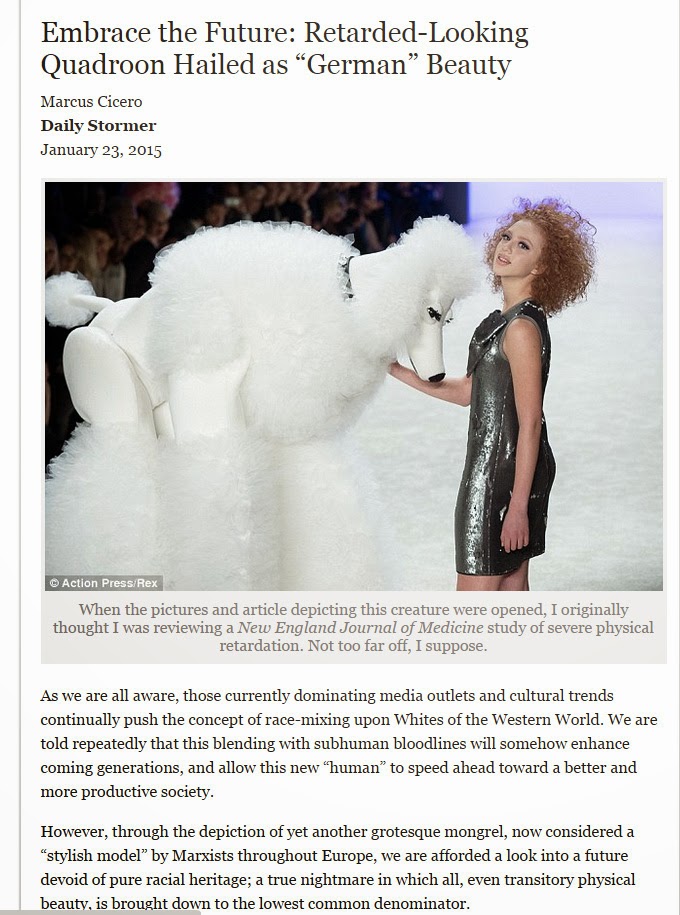 From a publication entitled "The Daily Stormer,"  not in any way to be confused with this: 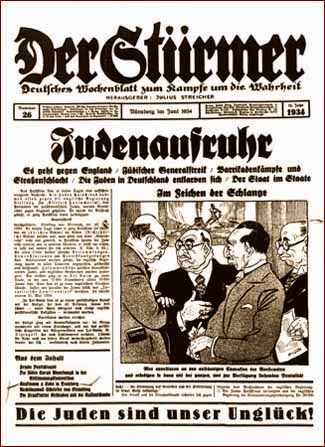 
Because something bad happened halfway around the world.  Thanks, Obama!

And the Congressional Budget Office announced today that the deficit for this year will be almost exactly one third of the deficit that Obama was handed by the Republicans.  He's cut the Republican deficit by two thirds.  Coverage of that on the right?


Because guessing about the future is so much more important than what has actually happened.

Ron Paul, Town Hall:  "Education is Too Important Not to Leave to the Marketplace"


In plain English:  No matter how important education is, it's not important enough to prevent rich people from destroying it for their personal profit.

Katie Kieffer, Town Hall:  "Physician, Heal Thyself! With Gunpowder...Gunpowder is bullet-proof preventative medicine for American physicians. Every doctor should have the option to carry concealed in clinics and hospitals."


At least it would have the advantage of allowing them to generate their own customers when business is slow.  FREE ENTERPRISE, hooah!

Daniel J. Mitchell, Town Hall:  "Ronald Reagan...He’s definitely the greatest president of my lifetime and, with one possible rival, he was the greatest President of the 20th century."


And got it bit off by a shark.  Here's an amazing excerpt:

The idea that anyone ever took her seriously is truly frightening.

And of course, the recent snowstorm in New England produced the predictable results.  Imagine that- snow in Boston in January!

Derek Hunter, Town Hall:  " Were you hit this week by all the climate change?  Boston was covered in it. Actually, thanks to the mainstream media, the whole nation was covered in climate change. The only thing missing from the coverage was any proof, but that doesn’t stop the alarmists...The science is indeed settled: No one knows what’s going on with the climate, and anyone who tells you otherwise is selling something … or angling for a government grant.


This week gave us more examples of just how clueless and dedicated the devout members of the Holy Church of Global Warming truly are. Their dedication makes Jehovah’s Witnesses seem like magazine salesmen not working on commission and Scientologists casual fans of the science fiction of L. Ron Hubbard."


No proof.  Apparently the fact that 14 of the warmest 15 years in history have happened this century, or the fact that 2015 was the warmest of all, does not constitute the slightest proof of anything, but the fact that it snowed in Boston in January does.  So despite the mountain of evidence, right wingers are going to continue collaborating with the energy companies to destroy the human race.  All's fair when money is involved.


Well, anyway, since the last time that Conservatism blossomed into the major intellectual and political force in the world: 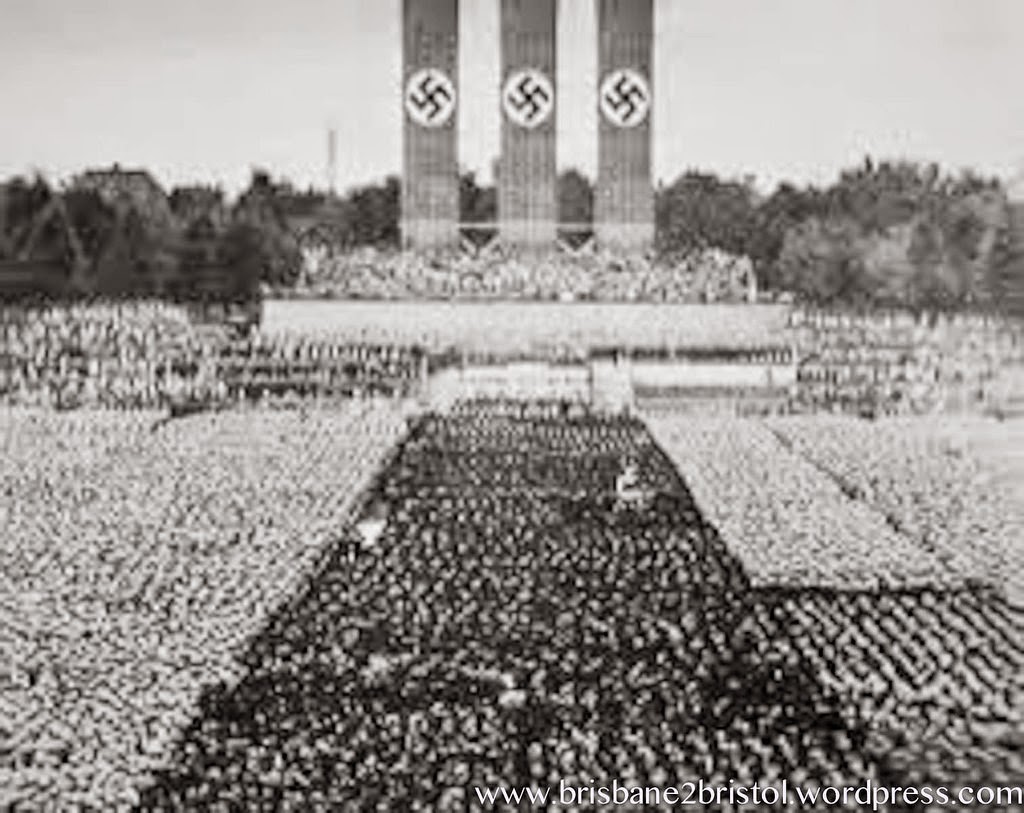 So, I guess that is sort of an accomplishment. Today's conservatives just need bigger banners, I guess, and they would be right up there vying for first place.

Jerry Newcombe, Town Hall:  "How is Calling for National Revival "Controversial"?  Louisiana Governor Bobby Jindal did something supposedly controversial. He called for a national revival."


He also called for the entire government and all of our cultural institutions to be forcibly taken over by right wing Christians, and run according to their miserable phony religion.  Is that controversial enough for you, Jerry?  Or is that just fine?


Well, considering that this continually under investigation, corrupt pimp for the rich is the darling of the Koch brothers, who are about to swamp the Presidential election with their ill-gotten money, Leon may be right.


I mean, their populations regularly rank as the happiest on earth, but who are you going to believe, a pack of foreigners, or our home grown wingnut experts on everything?

And now the least likely story to end up amounting to anything:


And you won't want to miss this event:


What, the world championship of drunken incoherence?


Not "Over half of uninsured can now afford insurance under Obamacare."  Oh no.


Because he is a violent right wing jerk?  That's why I hate him, anyway.


This story revolves around some absolutely incomprehensible comments about a settlement in a case involving a forest fire in California.  That's the "scandal."

Remember John Ashcroft?  Remember Alberto Gonzales?  Or John Mitchell or Ed Meese?  In fact, practically every Republican Attorney General has turned out to be a crook.  But oh, no, something about a forest fire, and Holder is the really corrupt one.

Astute Bloggers:  "IN ANY NORMAL JOB INTERVIEW, LORETTA LYNCH'S "ANSWERS" WOULD GUARANTEE THAT SHE WOULDN'T GET THE JOB!"


In any normal job interview, the interviewers would be trying to find a qualified candidate, not pandering to their crazed, hate-filled base.

Lloyd Marcus, American Thinker:  "Some on our side are pandering to Obama's lie that raising the minimum wage will help fix income inequality; once again calling wrong right and right wrong. As Palin suggested in her speech, the GOP should be educating voters to the truth"


The truth that, actually, giving poor people less money will fix income inequality.  That's obvious.  I mean, if you pay people more, they will have less, right?  And of course it took that economic genius Sarah Palin to point that out to us.

And I guess this was inevitable:


I mean, how long did you think it would take before some idiot right winger found an excuse to blame the Disneyland measles epidemic on Obama.

Andrew C. McCarthy, Renew America:  "There is only one way to stop Obama from setting jihadists free: impeachment"


Glad to see they haven't really given up on that yet.


The "Godless militants" being, in this case, the ACLU, which sent the town a letter objecting to the town council's voting for a resolution “acknowledging the blessings of God and expressing a desire to seek Divine guidance.”  The wrote a letter!  How dare they?


Sending a letter- that makes you a Godless militant these days.


Of course it would be totally true if Conservatives were forced to fight in all the wars they are constantly agitating for.


And let's just finish on this:


God in heaven above, guys- you're the ones that wanted the cuts.  What are you complaining about?
Posted by Green Eagle at 1:32 PM

What a fucking loon this Linda Kimball is...