Or rather, a comment on the Democratic response to it, which I think displays little understanding of just how serious a blow to Republicans this hospital stay was.

I want to make a great generalization here.  Of course it is not true about everyone, but I think in general, I am correct.  When liberals listen to political discourse, it is in an attempt to learn something.  Conservatives, on the other hand, don't care about learning; they listen to their thought-leaders to have their most vile emotions stoked and given the approval of authority.  This is why, incidentally, liberal talk radio has had such a troubled existence compared to conservatives on the air:  You can only hear the truth so many times before it becomes boring, while it never grows old for these people to have their hatred and greed, and above all, their sense of superiority to the rest of mankind, stoked.

And essential to this attitude, as it has always been essential to white supremacy, is the sense that they belong to something superior, a master race that by its own superiority deserves to reign over all others, a race of supermen, or dare I say, Ubermenschen.

These miserable people have made Donald Trump the living symbol of that superiority, imagining in him a genetically superior man, above the tribulations of the common horde.  He is Superman: 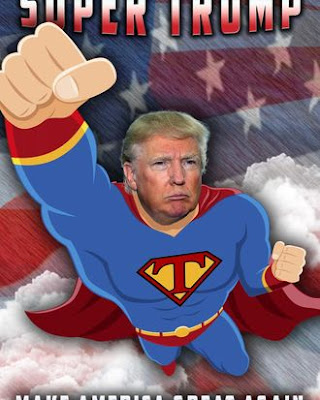 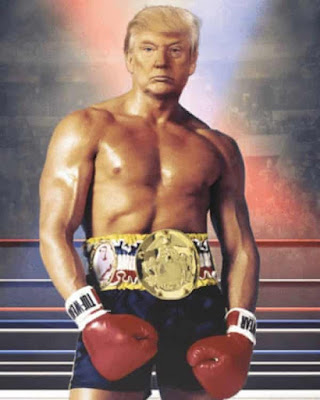 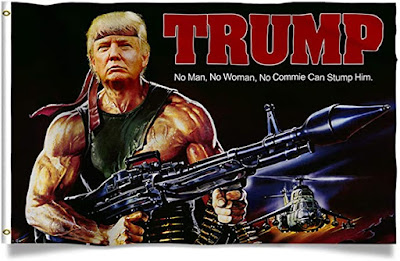 This obese, overage slob is the mighty warrior who will personally lead them to ultimate domination of all inferior races: 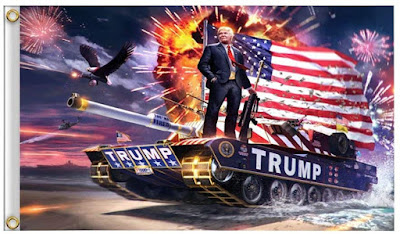 As obscenely absurd as this seems to the rest of us, this deification of their blessed leader is essential to their world view; but in the last couple of weeks, it has been shaken in a way that even they cannot ignore.  He has proven susceptible to the same weaknesses as ordinary mortals.  He is not an invincible demigod; he can be brought down by a virus which he mocked, sickened like any other person on earth.

It is impossible to exactly assess how great a blow to their world view Trump's illness has been, how much it has damaged their enthusiasm, but I guarantee it is there, and it should form the basis for continued Democratic portrayals of Trump as a weak, feckless character, helpless even to protect himself physically.  Arguments like this against Biden might not make much difference, because the truth is, we do not think the same way they do.  But these are potent weapons against Trump which we should not hesitate to use.

Interesting point. I wonder how they will react if he dies of the disease, which is still possible. Expect him to rise again in three days, perhaps?

Perhaps he will try that strategy in a week or two, the way things are going. Mass mourning in Washington DC for three days, followed by a miraculous rise from his coffin while laying in state in the Capitol. That would certainly be a first in American politics. And great TV.