Are you better off than you were four years ago? 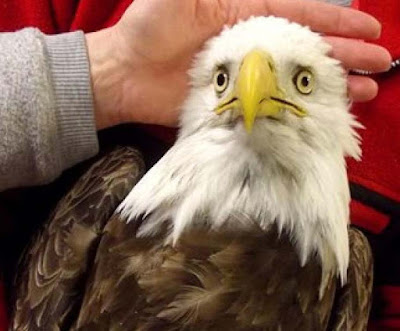 Remember that question from Ronald Reagan?

There are forty million unemployed Americans, and the number is climbing every day.

Huge demonstrations in cities all over the country are met with violence from the authorities, while at the same time armed right wing terrorists are allowed to invade our State capitols without any consequence.

The country, as we all know, is teetering on the brink of depression.

One man has alienated us from all our allies, while encouraging the behavior of the world's dictators, leaving citizens of other nations to both despise and laugh at us.

Trillions of dollars are stolen from the nation's resources to fatten the fortunes of the rich.

A party that screams about budget deficits every time a Democrat is in the White House is now running up an almost unbelievable annual deficit that is going to amount to five trillion dollars.

Open corruption and criminality is an every day occurrence in the White House; and a despicable criminal is allowed to use the Justice Department to crush the leader's enemies.

And the Republican party goes on, lying and smearing and raging about its opponents, trying to find a way to convince voters one more time that having the country torn apart in every way is preferable to responsible government.

Our entire nation is now a failed State, with a totally dysfunctional government, all brought about by the greed and hatred of one political party.

Are you better off than you were four years ago?  Four years ago, however cynical you were, could you imagine being in this place today?
Posted by Green Eagle at 1:12 PM 2 comments:

Anyone happening to pass by the White House Friday night would have been treated to this sight: the exterior lights turned off.  I have read that this is the first time these lights have been turned off at night since 1889*, even during World War II, which I would think posed a slightly greater threat to the President than a few hundred angry demonstrators.  President Trump was also removed to a bunker described as deep beneath the White House, to protect him from the apparently overwhelming threat of being confronted with how Americans actually feel about his behavior.  While we are delving into history, let me mention that the last time anyone went to the bunker for protection was during 9-11.  Bush was out of town at the time, but Dick Cheney was taken to the bunker because there were still hijacked airplanes in the air, heading toward Washington.  Too bad it didn't occur to the Secret Service to stake Cheney out on the lawn with a target on him, but still, that day there was a real threat to the White House, and not just a spasm of fear on the part of the Toughest He-Man Ever.
This sordid event occurred as we learned the following, as reported by Politico:

Ha ha.  On his phone, from the basement.

"President Trump today derided the nation’s governors as “weak” and demanded tougher crackdowns on protesters.  “Most of you are weak,” Trump said. “You have to arrest people...“You’ve got to arrest people, you have to track people, you have to put them in jail for 10 years and you’ll never see this stuff again,” said Trump. “We’re doing it in Washington, D.C. We’re going to do something that people haven’t seen before.”

Trump did not appear in public on Sunday and was not scheduled to so Monday either."

Put people in jail for ten years, for protesting against him.  While hiding from them. Yes, that certainly is the country that Donald Trump would like to live in.
Anyway, I thought it would be interesting to see how the mainstream press is describing this unprecedented act of cowardice from a sitting President.  Here's a sample:

The Guardian:  "Trump fled to bunker"

I just love the way the pathetic New York Times puts it:   "Trump Moves to Underground Bunker"...attributing agency to Trump.  I am sure the Guardian gets it closer:  "Trump fled to bunker."  A real range of takes there, from stating the thing in all its shameful cowardice, to trying to somehow apologize it away, with (as you would expect) the "liberal" New York Times providing the most cover.
Anyway, huddled in the basement in the dark, afraid to face his own people, hurling boasts about how tough he is on Twitter...I think this will always be my image of President Donald Trump.
*I saw this from a normally reliable source, but was unable to confirm it.  If anyone can help me with this, I would appreciate it.
Posted by Green Eagle at 10:58 AM 2 comments: