Green Eagle, crass bird that he is, just realized how long it's been since he took a few minutes to bring you the best in American art.  Well, it's Christmas time, and what better time to be uplifted by the work of a great artist.

The last time Green Eagle thought to do this, was to bring you the magnificent art of one Jon McNaughton, who you may remember from such wonders as the following painting, featuring Barack Obama crushing the Constitution with his foot, while George Washington seems to be busy trying to catch his cat: 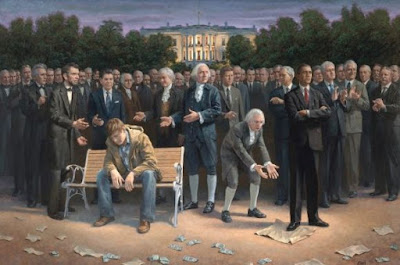 Beautiful, and so uplifting.

But apparently, according to Before It's News, McNaughton has been superseded:

"David Dees… The Most Important Artist Of Our Time...David woke up to the matrix and decided to use his talents to free humanity one image at a time… and thank God for that… imagine how his talent could have been used against us had he sold out.  David Dees has had the courage to take on the controling elite and their New World Order program of world domination and expose it like no one else has."


Boy, after that, I am sure you are hungering to see this Michelangelo-esque work, and who is Green Eagle to disappoint you.  Let's take a look, shall we? 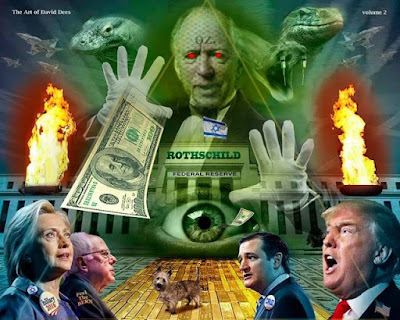 Ah, the Rothschilds, and (apparently) their little dog too.  Not quite sure what the dinosaurs are up to, but I'm sure it isn't good. 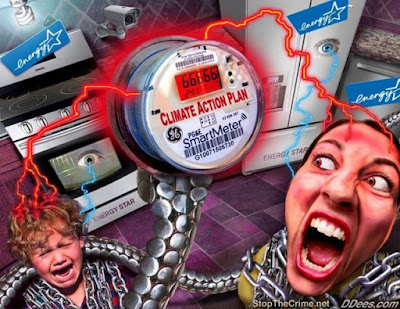 Working on climate change- just like shooting giant bolts of red lightning into your brain- how meaningful it all is now. 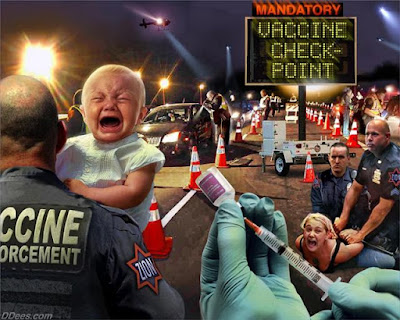 And vaccines, of course.  What would lunatic conspiracy mania be without that?   And let's just finish things off with this one:

Get the subtle message?  Obama is a secret Jew, because you have to look really closely at his tie to see the Jewish stars, unlike Joe Lieberman, whose Jewish star is really obvious.

And there it is, a very representative selection of works from The Most Important Artist Of Our Time!  Well, at least the writer didn't have the nerve to pass this pathetic jerk off as the best artist of our time, since he paints like a cheesy illustrator for a pulp magazine.  But (and believe me, I could show you plenty more) he doesn't miss a beat in the area of lying hatred, which makes him so important.

Well, Green Eagle hopes that this excursion into the world of Fine Art has been a pleasant interlude to all of you.  Now, back to the evil attempts to destroy our country by removing a traitor from the White House before he can give the whole thing away to a foreign dictator.  Sheesh, at this point, it almost seems like a relief.


And a Little More:  I just stumbled across this painting today at Hullabaloo.  I'm just wondering if it was done by the same guy.  What do you think? 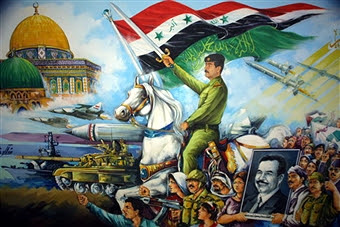 What is Trump meant to be doing in the first picture? Eating Ted Cruz's head?

And would you have a problem with that if he did?

Most of this stuff looks like something Robert Williams might come up with if he suffered massive brain damage and deliberately set out to be boring.

Why is right-wing art always so sledgehammer heavy-handed? It's the same with things like Atlas Shrugged and those godawful religious movies the fundies keep making.

And have you ever had the misfortune to listen to any right wing so-called rock? Man, that is one painful experience. Subtlety is not one of the right's more developed qualities. Of course, neither is quality itself.

Out of curiosity I took a look at Dees's own website. The anti-Semitism is flagrant. Half the "paintings" have Jewish symbols plastered on whatever is supposed to be "evil". It's so obvious, it pretty much tells you where anybody who endorses this guy is coming from.

He also obviously believes in every crackpot conspiracy theory ever invented. Seems to have a soft spot for the American Indians, though.

I think he might really be trying to imitate Robert Williams stylistically, but his stuff is more propaganda posters than art.

And have you ever had the misfortune to listen to any right wing so-called rock?

Only German. Musically it wasn't bad, and of course they can't be too blatant over there -- any obvious Nazi stuff is illegal. If American right-wing rock exists, it must be really bad, since Republican events so often use normal pop music and then get asked to stop by the (liberal) creators of it.

Try the first Prussian Blue album. At least I give those two girls credit; after a couple of years they both traded in Nazism for drug abuse- a big step up.