A disastrous week so far for our traitor in chief.  Let's look in on how the wingnuts are trying to lie all of this away.


Let's just start out with this headline from the Washington Post:

"Trump renews attacks on Mueller, asks whether probe will ‘just go on forever’


It will if you keep committing crimes forever, bucko.


And the typo of the month, from the Wall Street Journal:

“Vladimir Putin is president of Russia. An editing mistake erroneously identified him as Vladimir Trump in an earlier version of this article.”


At this point, it might have been more accurate to say that Putin is the President of the United States.

Now, back to our usual programming:

Guy Benson, Town Hall:  "Analysis: What Does Cohen's New Guilty Plea Mean? We Have No Idea."


No idea at all.  I mean, it's just a mystery...Maybe he is part of Trump's treason, maybe he was just joking.  I mean, either one could be true, right?

"Let me just add that if there is any evidence that Trump would issue a pardon in order to protect himself or his family, that would constitute a gross abuse of power."


"The president told the New York Post that a pardon “was never discussed, but I wouldn't take it off the table.” NBC White House correspondent Kristen Welker reports for TODAY."  I guess that is not "evidence that Trump would issue a pardon."  Their denial has gone from malicious to ludicrous.


Of course there isn't.  But somewhere there is a very bloody bone saw.


And I think we are already primed for a Conservative humor break: 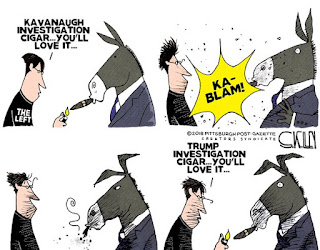 Keep telling yourselves that, guys.  The first explosion was the explosion in Democratic seats in the House.  The second one- fasten your seat belts, Republicans, it's going to be a rough ride.

Guy Benson, Town Hall:  "History Made: Mississippi Just Elected Its First Female Senator, Yet the Media Doesn't Seem Too Happy About It"


Gee, wonder why that might be.  Think it has anything to do with the fact that she is an open racist who believes the Confederacy was right to go to war to keep slavery?  The real question is why White Mississippi voters are so filled with hatred that they sent this woman to Washington.

And a couple of related stories:


Good news for Republicans!  Isn't it always?  And hardly restricted to the wingnuts.  Here's New York Times' headline on the event:  "DEMOCRATS NOMINATE PELOSI TO BE SPEAKER BUT WITH SIGNIFICANT DEFECTIONS," and now, Times reporting of Paul Ryan's being elected to the same position a few years ago  "Mr. Ryan... won the overwhelming support of his colleagues in the nominating contest"

Brandon Morse, Red State:  "Barack Obama Takes Credit for Something He Didn’t Do (Again) and Encourages People to Thank Him for It"


This story is everywhere I have looked on the right wing web this morning.  No story about "Trump administration is paying for the elimination of Yemen."  By the way, it took CNN less than a day to give this jackass the boot.  When do the American people do the same with Trump?


See, wingnuts, kids do learn something at college. 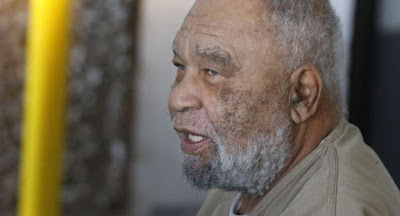 No, I think that would be Dick Cheney.  He murdered a million people in Iraq in order to save his nearly bankrupt company.  That beats this guy's seventy or so by a pretty substantial margin.


You're right, Jim.  That was wrong.  They should have dropped this MAJOR BOMB when they found out about it, before the election.

I don't remember seeing a graduate of Princeton University and Harvard Law School, married to a President of the United States, referred to as trailer trash.  I wonder why it is that Jim says this.

Jim Hoft, Gateway Pundit:  "Jerome Corsi: I Am a Loyal American – I Have No Contacts with Wikileaks, Russian Intelligence"


And we can truly believe you, Jerome, because you always tell the truth about everything!  If you're wondering about Corsi's honesty, you might take a look at this post at Green Eagle from a few days ago.


Is this one of those jokes where three people go into a bar?

World Net Daily:  "Joseph Farah urges readers to give thanks Trump is our president, not Barack"


Whatever.  Wait, didn't I just say that?


And now, how about one more Conservative humor break? 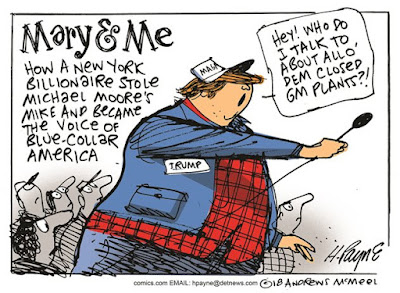 Dems? And here I seem to remember Obama saving GM and Chrysler, after the Bush economic collapse had effectively destroyed them.  Of course, I tend to remember true things, while Conservatives remember, well, things that are not so true.

Selwyn Duke, Renew America:  "Truly great disasters come like a thief in the night. How many foresaw Rome's sacking in 410 A.D., her collapse 66 years later, WWI or WWII? As for today, how many see that the United States is at what some call a tipping point, what others may call a Fourth Turning? Whatever you call it, the American republic is in its last days."


Forgetting that he was the conduit between the Russians and Roger Stone, long time political associate of Donald Trump.  Sort of like Rommel forgetting about North Africa. Forgetting, or lying-  We report, you decide.


If you actually clicked on the link to this "story," you would discover that it is about a mystery novel.  I kid you not.  A work of fiction.  Yet it's enough for these guys to promote it as "new findings" about Obama's place of birth.  Nothing is too low for them.

Michael Bastach, Daily Caller:  "Democrats Have A New Tool To Use Against Trump In Court"

Grace Carr, Daily Caller:  "A Black Boy Sat Next To Trump Supporter On An Airline. His Mother Wrote A Shell-Shocked Essay Wondering How Supporter Could Offer Compliments"


I'm shocked too.  Shocked that there is one person in America who supports Trump who will even make an effort to not appear racist.  Apparently, Grace thought it was pretty amazing too, or she wouldn't have written a whole article about it.

Pat Buchanan, Town Hall:  "Is Putin the Provocateur in the Kerch Crisis?"


The answer, of course: no.  The man who never met a Nazi he didn't like is now defending Russian military aggression.

"The Sea of Azov became a virtual Russian lake, access to which was controlled by Russia...While the world refused to recognize the new reality, Russia began to impose rules for ships transiting the strait, including 48 hours notice to get permission."


The "new reality" is that if you are a big enough bully to take it, it's yours.  I'm not sure why Pat thinks that is new, as it has been tried a few thousand times since the dawn of civilization.  Of course,  his Nazi heroes had the same idea.  I guess the Sea of Azov is just Russian lebensraum.


It's really bizarre when Democrats win.  And unfair.


Yeah, Brandon?  Do you have any idea what students want Donald Trump to do in 2020?  Try looking up Leavenworth.


Gateway Pundit runs several lies every day that dwarf what NPR did, and it hasn't issued a correction about any of them in years.  That's okay, though.  Lying to promote hatred and greed is good.


Ha ha.  Need any more proof of what I said just above?


And?  I mean we have his letters confirming that he lied.  So where are "we" actually going?  To prison, maybe?


See, if you try to commit a crime and it doesn't work you are innocent.  If you are a Republican, anyway.  Innocent by reason of incompetence.

World Net Daily:  "Finally! How to get WND without any ads!"


Simple!  Just pay them; i.e. give them the money you would spend on the products without getting anything in return. Brilliant!  Republican economic progress-rather than something for nothing, it's nothing for something.

Rick Moran, American Thinker:  "The North Carolina elections board has refused to certify the results of the 9th District congressional race between Republican Mark Harris and Democrat Dan McCready, which Harris won by 905 votes.  The board cites "irregularities" in the absentee ballot process as the major reason."


The fraud was all on behalf of the Republican candidate, something that even Mr. Moran has to admit, but:

"In the end, the irregularities might show up for both parties.  But this gives the lie to those who claim there is no voter fraud in America."


"...the irregularities might show up for both parties."  Might.  They didn't, but they might, some day.  Votes might also show up for Vladimir Lenin for all we know, or Jesus.  See? Republicans cheated, so that proves that laws they pass to disenfranchise Democrats are absolutely necessary.

And now, this horrid news:

Before it's News:  "“Barack Obama Was Cloned” Theory Gains More Credibility With This One Disturbing Photo!!!  Was Obama genetically engineered?"


And here is the photo- not a product of Photoshop, I am sure.  It fit so well into what we know of Obama's clothing choices.  I mean, it's barely worse than a tan suit: 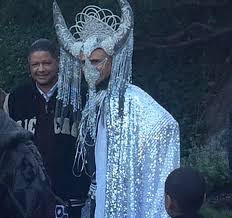 I mean, who knew they had cloning technology like that in Kenya?  By the way, do all clones dress in costumes like those worn by New Orleans transvestites at Mardi Gras?

Linda Moulton Howe, Before It's News:  "Most People Are Unaware of What is Happening Right Now...This is the single most important issue on planet Earth right now. A takeover by robots linked to alien tech, is happening.  Humans are a biological experiment that is evolving out of existence as is the simulation of reality."


Hmm.  Worth considering, I guess.


And a couple of other things I "learned" today from various QAnon videos (Yes, they are still being cranked out):  Robert Mueller is actually the son of Heinrich Mueller, the Nazi head of the Gestapo!  I mean, who knew.  And mass arrests are taking place right now of Clinton associates in Arkansas, which apparently include just about anyone in that State who has committed a crime in the last forty years!  Guantanamo Bay prison has been remodeled to hold the thousands of Democratic traitors that will be arrested next!  And Jamal Khashoggi was actually murdered (for some reason) not by the Saudis but by MI6!


Like Linda said above, most people are unaware of what is happening right now.  Luckily for them.